Instead of collecting candy this Halloween, children are going to be visiting the ol community haunts and neighbourhoods to collect non-perishable items for the Columbia Valley Food Bank this fall.

Volunteers Kristen Carroll, Alex Challis and Meagan Sazackerley have joined forces with Family Dynamix Resource, Development and Advocacy (formerly known as the Family Resource Centre) to help orchestrate the Trick or Eat (aka Food Fest) fundraiser where participants will be asking the community for canned foods to donate to the food bank instead of collecting candy.

We started off with two volunteers, but we found out that some others were planning to do the same thing, said Ms. Carroll. Now, were collaborating as a big unit.

The low work wages in the Columbia Valley coupled with the high cost of living has prompted a surge of people to make use of the Columbia Valley Food Bank hampers, with a 10.6 per cent increase of people collecting food hampers between January to June 2015 compared with the same period last year jumping up from 347 to 384. The local food bank provides 800 food hampers annually to 1,850 people, including 550 children.

According to the Food Banks Canadas annual HungerCount 2014, 43 per cent of households receiving food are composed of single unattached individuals; more than one third (37 per cent) of food bank users are children; and 87,533 people asked for help from a food bank for the first time in March.

We need to get youth more actively involved and engaged with a strong focus on positive changes for the valley from the valley, said Ms. Carroll.

In addition, Ms. Sazackerley will be working with local schools to collect donations through drop-off sites before Halloween.

The duo is calling on the community to see if adult volunteers are willing to transport the food thats collected during the fundraiser back to the Columbia Valley Food Bank. However, the details have yet to be formalized.

Youth wishing to volunteer for Trick or Eat may get an application form from their school or contact Ms. Carroll at 250-409-8877 or e-mail at kristen.carroll999@gmail.com. Adult volunteers are needed to transport the food collected and may contact Ms. Carroll to sign up. 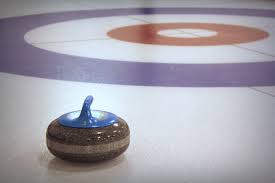 Golfers get ready to Ram