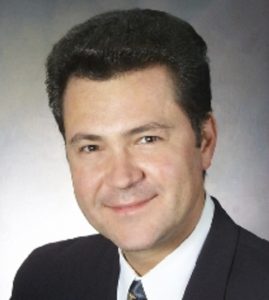 With profound sadness the family of Jeffrey Fiell announces his passing on September 18, 2020. Although born in Calgary, Jeff spent most of his childhood in Oakville, ON, and then moved to London, England with his family where he attended the American School in London. Jeff returned to Calgary in 1981 to study business at the U of C, graduating in 1985 with a Bachelor of Commerce degree. Jeff continued post-graduate studies in finance and accounting, was a CFA Charter holder and received a CMA Certification. He went on to work in Calgary as an Oil & Gas Investment Analyst for many years.

In addition to business, Jeff had a keen interest in design. He returned to London for a brief period in the early 90s where he received an MA in Design Studies from Central Saint Martin’s College of Art and Design. The subject of his dissertation was the historic Calgary Lougheed House which he always admired. Jeff took great pride in his home and garden and spent many happy hours undertaking a variety of renovation projects. He was also an accomplished home cook, preparing preserves and other culinary delights his family and friends were the glad recipients of.

Jeff will be dearly missed by his mother, Eileen Fiell of Invermere, BC, his brothers Peter (Charlotte) of Chipping Campden, England and Bruce (Sandra) of Calgary, his nieces and nephew Emelia, Clementine, Trevor, Erin and Robyn and his extended family. He was predeceased by his father John Fiell in 2017.

A gathering will be held in Jeff’s honour at a later date. In lieu of flowers, donations can be made to a charity of your choosing in Jeff’s memory. To express condolences, please visit leydens.ca.

The Fiell family discovered Invermere and the Columbia Valley in 1967 when Jeff’s grandparents, Jack and Emelia Hamill purchased a small house on 14th Street. During the following years, Jeff visited the valley many times, enjoying all the outdoor activities with his brothers. In the early 1980s, his grandparents became Invermere citizens and provided a welcome home away from home. Jeff had many happy memories of the good times with the local kids of Invermere and the wonderful neighbours who put up with their pranks.