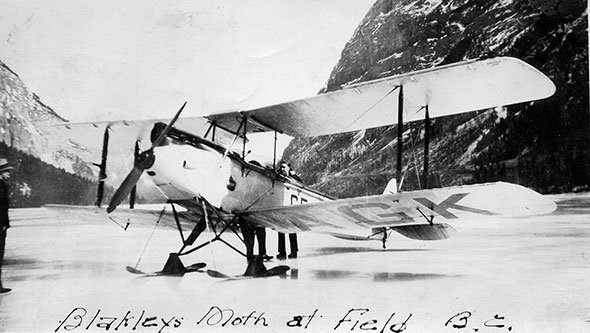 A couple of additions/corrections to the two photos in the Team, pilot remembered article (Historical Lens feedback) in the July 15th issue.

In the first photo (of the 1910 Golden baseball team), John Blakley is back row, second from the right, not the left.

The pilot in the second photo is also John Blakley. The plane is a de Havilland DH.60 Moth (Gipsy Moth), registration CF-AGK, owned by Radium Hot Springs Flying Service Ltd. and flown by both John Blakley (owner) and his son Jock Blakley. The plane was registered in late 1930 and was damaged beyond repair in a crash near Windermere in early 1940.