Orange Shirt Day lessons of past in today’s classrooms 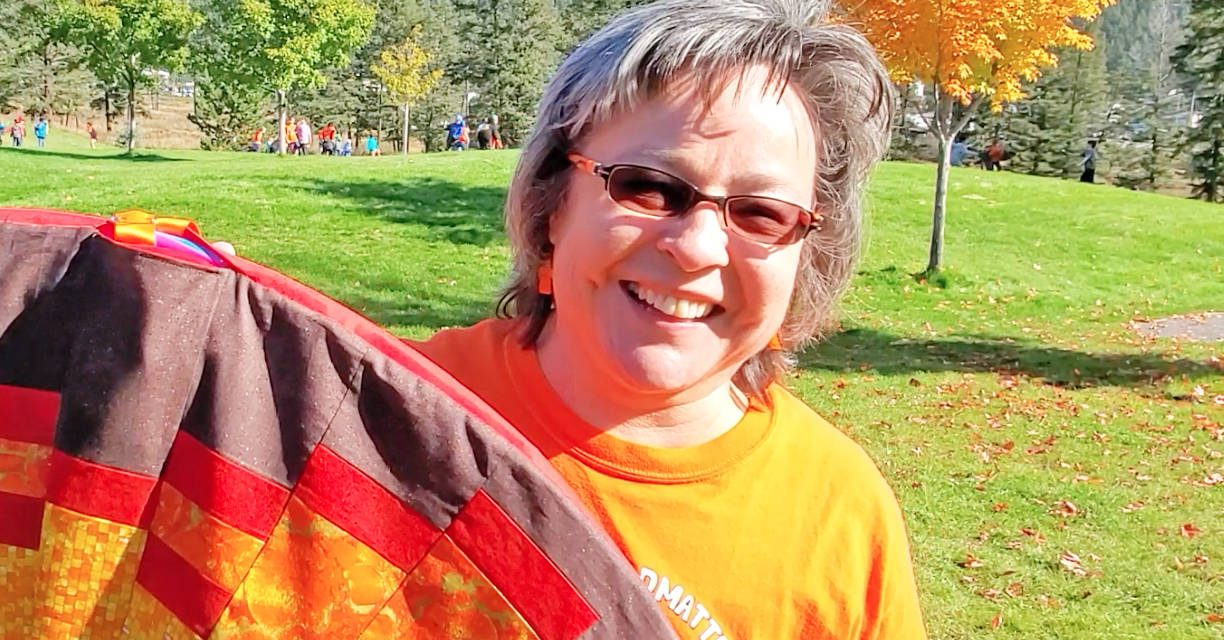 Projected onto a classroom wall, the aerial view of Wellington Park via Google Maps — a green plot tucked between the Assiniboine River and Academy Road — is easily recognizable to Sara Tham’s students.

They know the site as a toboggan hill, or as a home field for baseball, or as a park they bike past when riding along area trails in the neighbourhood.

It’s an approximately 20-minute walk from their elementary school in River Heights.

The nine- and 10-year-olds aren’t as familiar with the grounds’ history as the site of Assiniboia Indian Residential High School, which operated between 1958 and 1973 as part of the federal government’s educational system built to assimilate Indigenous students and destroy First Nation, Metis and Inuit cultures, languages and identities.

Leading up to Orange Shirt Day, recognized annually Sept. 30, Tham has led activities and discussions with her Grade 4/5 students at Robert H. Smith School about the lesser-known history of the Assiniboia plot and how residential schools operated across the country.

“That way they can make connections to what’s happening in their community and I would hope that then… they might be able to access the knowledge, the stories around residential schools, in a different way that hits a little closer to home,” she said during an interview at the school Tuesday.

It’s not lost on Tham educational resources for Orange Shirt Day highlight the importance of Indigenous connections to the land and place-based learning.

Countrywide, Sept. 30 has become known as the day to wear orange to recognize the harms caused by the residential school system and affirm a commitment to ensure all children’s lives are protected and valued.

Phyllis Webstad, who attended St. Joseph’s Mission Residential School in British Columbia, is credited for creating the movement. The colour is symbolic of the orange shirt her grandmother bought her to go to school when Webstad arrived, she was stripped of all her clothing.

Theodore Fontaine has a similar story — but with a childhood favourite Chicago Blackhawks hockey jersey. The 78-year-old, who attended both Fort Alexander and Assiniboia residential schools in Manitoba, recalls his beloved sweater disappearing when he returned to Fort Alexander after summer break one year.

“At seven years old, when you’re deposited into a big stone building, away from all the love and closeness of a family, that’s the most difficult thing to put a kid through. You’ve lost everything at that point,” said Fontaine, who is Anishinaabe from Sagkeeng First Nation.

In 1920, Canadian bureaucrat Duncan Campbell Scott, who oversaw the expansion of the residential school system in the early 1900s, declared his goal was to “get rid of the Indian problem.”

Students experienced physical, mental, spiritual and sexual abuse at the hands of staff at the government- and church-run schools.

While Fontaine said staff “certainly tried hard to kill the Indian in this little guy,” he considers his experience at Assiniboia to be “like a breath of fresh air” compared to life at Fort Alexander.

Student experiences varied, but many came from schools that were “very violent,” said Andrew Woolford, a professor of sociology and criminology at the University of Manitoba, who has researched the site.

In contrast, Woolford said Assiniboia seemed better — in part, because certain staff members came off as more caring and concerned about student well-being than previous administrators.

“It’s hard to keep these two things in mind: that you could have decent people trying to lessen the violence of it, but it’s still a school within a system of assimilation,” he said.

At Robert H. Smith, that’s a challenge Tham is navigating as she teaches her students about the residential school system.

On Tuesday, she showed her class a CBC news clip about Assiniboia, in which Fontaine is featured. In it, he speaks about the acceptance Indigenous students found at Assiniboia. After the viewing, her students reflected on the different stories they have heard about the schools.

Since the start of September, Tham said she’s been exposing her students to different Indigenous perspectives and experiences. She’s incorporated a book about sharing circles and Indigenous music into her class.

“This year, my hope is that we look at history and we look at what’s happening now, in a way that both recognizes the damages that have been done, the complicated events that have happened, but also celebrating the successes that Indigenous people have had,” she said.

As for Orange Shirt Day, Robert H. Smith School is holding a virtual assembly today. Myra Laramee, an elder at the Winnipeg School Division, is expected to speak.