Orphan cub from Canal Flats to be rehabilitated

SCARED BUT SAFE Because this little orphaned bear found in Canal Flats displayed fear toward humans, it qualified for care at the Northern Lights Wildlife Shelter in Smithers B.C

An orphaned black bear cub is on its way up to the Northern Lights Wildlife Shelter in Smithers, B.C. after being reported to the local Conservation Officer Service earlier this month.

The 11-month old cub was first reported on November 6th and has been frequenting a private property in Canal Flats since the initial report while being monitored to ensure the cub was showing up alone. After making that evaluation, conservation officers made the decision to safely live-trap the cub on November 30th on the private property.

Andrea Smillie, WildSafeBC community co-ordinator, said a truck or train likely killed the cubs mother as the property in Canal Flats is located near both the tracks and Highway 93/95.

The cub was likely without its mother for several weeks, fending for itself and doing quite well, however, it may not have hibernated and would eventually lose all food sources now that winter is here, she told The Pioneer. The cub seems healthy and was eating what the Conservation Officer Service gave to it while it kept overnight on November 30th.

Northern Lights volunteers drove the cub to Kamloops on December 1st, where a transport company met them to take the cub to Smithers. Ms. Smillie said they had assessed the animal and determined that it was not yet habituated to humans, meaning that it would be able to go through the rehabilitation process and survive.

A habituated bear has lost its natural wariness of humans, and this often results when a bear accesses human (anthropogenic) food including garbage, bird feeders, barbecues, etc., she said. In this circumstance, where there is little known about the history of the cub, the CO (conservation officer) had to decide based on how comfortable the cub was around humans. This cub was scared, defensive and very uncomfortable around humans.

This is why the cub’s cage was covered with a tarp in a garage where people didn’t frequent, until transferring it, and why photos were taken quickly and the tarp was quickly replaced afterward, she added.

The assumption that the cub is around 11 months old is based on the fact that most bears are born in the month of January and it is too small to be two years old. Ms. Smillie said that bears typically breed in late June but do not become pregnant until the fall depending on whether they have enough fat stores to have cubs and nurse them throughout the winter. If the mother does, she will likely give birth to one to five cubs in January and remain in the den until late April.

According to the Northern Lights Wildlife Society, they have found that rehabbed bears do not return to human settings upon their release. If the rehabilitation process goes as planned, the hope is to release the cub back into the wildlife in the Canal Flats area in June 2017. 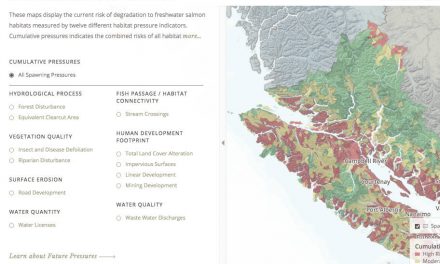 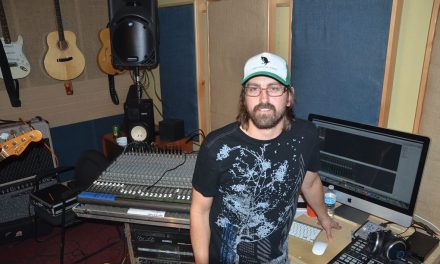