Other solutions available for deer

The cry of deer echo silently through Invermere, To be or not to be?

Citizens voices call out, How do we stop the upcoming kill? Reactions come daily, in tsunami waves of agreement or dissent, on the culling of 100 deer. The method is capture by clover trap, followed by a bolt gun shot to the head.

Most of us knew plans were happening behind the scenes, without any details of how it would be carried out. Recently the town council plan was released.

We forget the deer are a part of our landscape, similar to the untouchable Bighorn sheep in Radium. They prune our shrubs, cross roads gracefully in the style of aging seniors and make our town unique.

With only two-thirds of our deer population destined to survive, many of us were suddenly shocked. It was the method that stirred emotions, as well as the large number of deer that would be culled.

Having done limited research on clover traps and bolt guns, I felt strongly this would not be a humane way to deal with our permanent residents. They would undoubtedly suffer, releasing negative fear energy over many nights and days. The family pattern of the herd would be broken. All animals suffer fear and pain when facing capture. The meat donated to the food bank at $300 an animal could contain stress hormones.

At the moment, we need a cooling off period with a two-week legal injunction in place. My thanks go out to the Invermere Deer Protection Organization.

I believe any long-term program should include several strategies: continued education on living with deer; sterilization of select males; keeping garbage secure; dealing with problem deer using trained sheep dogs and handlers and, as a last resort, euthanasia.

Our council has spent many hours and days coming to a cull decision which is not proving acceptable to many. There are no easy answers. Some are in favor of the cull. We can only learn by working together.

I would like to see new strategies generated by a small volunteer committee working with one or two council representatives and a relaxed time schedule.

* Editors note: a possible deer cull has been discussed publicly at Invermeres bi-weekly council meetings since May 2010. 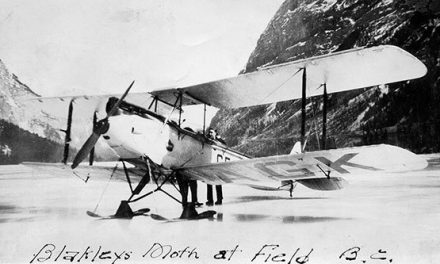