The incoming Invermere council will likely get a slight pay increase, after the current council members gave three readings to a bylaw recommending such an increase at the the most recent council meeting.

During the October 14th Invermere council meeting all three council members present (councillors Justin Atterbury and Spring Hawes were both away) gave three readings to a remuneration bylaw that will see the pay for the next council’s mayor go from $20,240 a year to $21,500, and pay for the four councillors go from $12,144 a year to $12,900. The makeup of the new council will be determined in this November’s municipal election, although Invermere mayor Gerry Taft has been acclaimed for a third term as mayor, since he is the only candidate running for the position.

“I think the process we have in place, in which the current outgoing council votes on the incoming council’s pay is good, since there is a least some degree of separation,” said Taft. “It’s not quite the same as voting directly for your own pay.”

The bylaw was based on a recommendation made by a three-member independent committee of citizens who examine the mayor and councillor pay in B.C. municipalities comparable to Invermere.

“I think it’s fair to say they (the committee members) took a really good look at it, examining the issue from many different angles,” said Invermere chief financial officer Karen Cote.

The wages are not high by any standard, said Taft, adding they are basically meant to compensate part of the wages council members lose by having to take time off their regular jobs to attend various meetings or perform other council-related obligations.

Council members also voted during the October 14th council meeting to authorize the district to execute an agreement with Shaw Communications to set up wifi service hotspots in key public spaces through Invermere (including the library, Kinsmen Beach, 7th Avenue on the blocks from 10th Street to 13th Street, Pothole Park and the district offices, provided that the service will be available to all mobile device users (including those of other companies such as Telus or Rogers) for no charge for a period of 10 years.

“They (Max Helmer Construction Ltd.) still have a significant amount of underground work to do,” said Prosser, adding some of that would involve sewer lines.

Council also voted to direct staff to enter into a one-year encroachment agreement with the Invermere Health Care Auxiliary so that the auxiliary can place a garbage bin behind their new location for the Thrift Store (which the auxiliary runs to raise funds for the Invermere hospital).

Some members of council expressed concern about entering into a long-term encroachment agreement before seeing exactly how much space the garbage bin will take up, how and where the auxiliary plans to arrange its pick-up and drop off bins, and how traffic might or might not be affected, so a one-year was agreed to as a trial.

During the October 14th meeting council also resolved to award the management and implementation contract for operational wildfire prevention treatments within Block 10 — Toby Benches (part of the district’s Community Wildfire Protection Plan) to Wildlands Eco-Forestry Inc. Wildlands had done previous work as part of the plan in Block 14 and made a bid price of $357,000 plus GST for the contract. 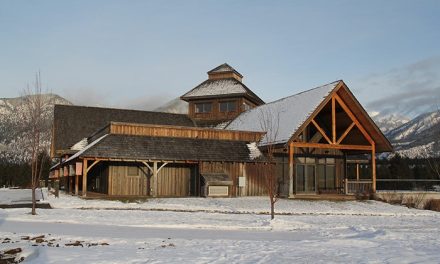