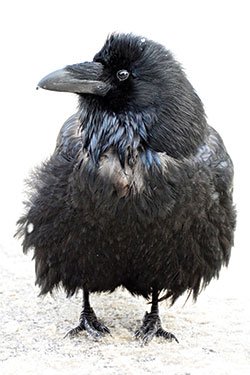 RAMPANT RAVENS Ravens were not in short supply in the 2014 Invermere-Radium Christmas Bird Count, with 128 seen. Photo by Larry Halverson

Just over thirty people drove, walked, or watched their yards and feeders for the 2014 Invermere-Radium Christmas Bird Count. Of this annual event in the Americas, the Audubon Society says: Each of the citizen scientists who annually braves snow, wind, or rain, to take part in the Christmas Bird Count makes an enormous contribution to conservation. Audubon and other organizations use data collected in this longest-running wildlife census to assess the health of bird populations and to help guide conservation action.

Our count takes place in a 24-kilometre diameter circle, centred on Wilmer. This year, in 50 hours and 100 kilometres of walking, driving and feeder-watching, 42 species, totalling approximately 1,050 birds, were recorded. The count was dominated by Bohemian Waxwings once again. Several large flocks swirled around Invermere on Boxing Day. Several observers thought there were at least 300. Ravens were not in short supply either, with 128 seen, along with 11 crows and 16 Black-billed Magpies. Wild turkeys are still surviving out there. Forty-eight of the big birds showed themselves. Waterfowl numbers were down noticeably, with only dozens of Canada geese and mallards seen, compared to hundreds in previous years. Sixteen Common Goldeneyes and a couple of Northern Pintail ducks also made the list. Great Blue Herons continue to survive the frigid winter temperatures here. They are usually half a dozen making the best of it. Fran Kimpton was fortunate to have seen 12 Snow Buntings and 30 Grey-crowned Rosy Finches on her ranch. Shakespeare lovers take note that European Starlings are still over-wintering in your midst. Eleven of this invasive species were seen this year. Other invasive birds seen were 31 House Finches and 8 Rock Doves (city pigeons).Mountain and Black-capped Chickadees numbered in the 60s, roughly the same as last year. Two hardy Robins were seen in Invermere on Boxing Day, and a third during count week.

All bird species can be recorded from three days before to three days after count day. This is to ensure that all birds likely to be in the area have a chance of being entered in the Audubon database for our region. Other count week birds were a Mourning Dove, a Hairy Woodpecker, several Pine Siskins, and a small flock of six Goldfinches in Radium.The rarest birds, seen only once, included a Red-tailed Hawk, a Merlin, a Northern Shrike, a White-breasted Nuthatch and a Pacific Wren. Some of the regulars in past years that didnt get counted this year were Ruffed Grouse, Common Redpolls, Evening Grosbeaks, or Stellars Jays (our provincial bird). Other wildlife of note this year were four flying squirrels (seen in two locations); and a herd of 250 elk by the Kimpton Ranch. If you would like more information about the Christmas Bird Count, or to get involved, please contact Cam Gillies (250-342-9605), or Randy Hopkins (250-688-6694). 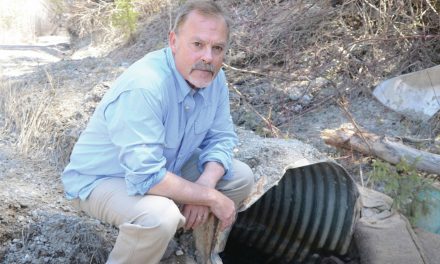 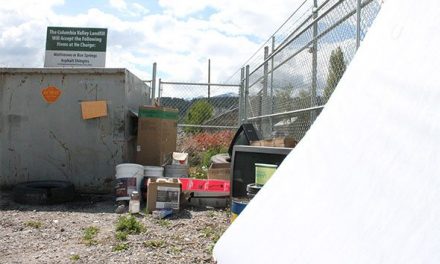