TURNING BACK THE CLOCK One of Edgewaters first buildings was the home of W. Herbert Gaddes, who was an integral part of the growth of the small ranching and farming community. The building doubled as offices for Gaddes company, Columbia Valley Ranches. Photos courtesy of the Windermere Valley Museum

The village of Edgewater is turning 100 this month and with anniversary celebrations beckoning on July 7th and 8th, The Pioneer decided to look back on the humble beginnings of this indomitable community.

The seeds of inspiration for the tranquil village, which sits 10 kilometres north of Radium Hot Springs, germinated in the mind of James Lorenzo McKay, a young Scottish immigrant to the area.

After returning from service in the Army in 1885, James travelled to the valley and went back to his family at their homestead in Moose Jaw, Saskatchewan, to report it a good place to settle down.

In 1886, brothers James, Jock and Cham, along with their father, John McKay, made their way to the sloughs below Edgewater. James, just 18 at the time, saw the potential and purchased about 15,000 acres, from Sinclair (Radium) to Luxor (Spur Valley), naming it Elk Park Ranch.

A tiny ranching and farming community sprang up. But it was a man by the name of Dr. W. Herbert Gaddes, who did for Edgewater what Robert Randolph Bruce did for Invermere, causing it to flourish.

Gaddes, a veterinarian turned land developer, visited the McKays several times between 1908 and 1910 and stayed with the family at their Upper Ranch, site of the well-known Eaton farmhouse, just north of Radium.

Gaddes was there as an advisor to James McKay, who had plans to develop his property. McKay was financed by the Dominion Trust Company, which had dealings with the company Gaddes worked for in Kelowna.

Dr. Gaddes began working for Columbia Valley Orchard Ltd. in Edgewater in 1911. It was that same year that the small community was formally surveyed and planned.

By 1923, only two buildings had been constructed in the hamlet, one belonging to Columbia Valley Orchard Ltd., on the corner of Selkirk and Vermillion Street, and the other an early investors summer house, the Planta cottage.

In the early 1900s, 30 to 40 men were employed for two years to construct an irrigation flume with a main line nine kilometres long, and several kilometres of branch lines. Around 87 properties still use the historic flume today.

Some British settlers had left during the First World War (1914-1918) and never returned, so the Dominion Trust Company the financial backer for both the McKays and Columbia Valley Orchard offered their properties up for sale to recoup some of their losses.

Dr. Gaddes believed he could restore the plan to build up the village, draw in immigrants, and later sell it to a land settlement company, so he attracted some business partners and formed the Columbia Valley Ranches company.

They brought in settlers from Germany, Denmark and Switzerland. These continental influences can still be seen with a flick through the phone book, which includes Wengers, Rasmussens, Lautrups and Stollers.

Columbia Valley Ranches also donated land for a community hall and church, further aiding Edgewaters expansion. A Danish migr, master carpenter Elof Madsen, drew the plans for Edgewaters All Saints Anglican Church, the community hall, and the Whitehouse Pub in Windermere all of which still stand to this day.

Between 1922 and 1925, the flumes, which had fallen into disrepair, were restored, and upgrades were made to fences and farm buildings.

To finance this, Dr. Gaddes imported a trainload of beef cows and hogs to generate some income.

He sold the company in 1925 to his younger brother Mel, a real estate agent who, with a business partner, sold 20 acre parcels for $50 an acre with a deposit of $100.

Close to 60 families were drawn in by the reasonably-priced lands. Most ran mixed farming operations, which made them a living during the summer and fall. In the winter, residents could supplement their incomes in the lumber mill.

But, following the stock market crash of 1929, the forestry industry across Canada tanked. In Edgewater, Canadian Pacific Railway ceased purchasing railway ties for their construction from the lumber mill, cutting off a vital source of income to the town.

Because people were not able to make their mortgage payments, Mel and his business partner were forced to give up their property, which reverted to Dr. Gaddes. By this time he was employed by the government and living in Vancouver, so he sent his son Leonard to manage the Edgewater property.

Leonard held the position for 12 years. He organized the farming and cutting of Christmas trees around Edgewater, first with the Hofert Company and later with GR Kirk Company. This created a regular winter business, with Edgewater workers supplying between 125,000 to 140,000 trees each season.

Without this, the town would not have survived the Great Depression, which ran from 1930 to the early 1940s. Leonard also secured a contract to provide fresh produce to the CPR hotels in Lake Louise and Banff.

Leonard was having a bridge game at the Planta house. Von Danikan, said to him, You Canadians are so stupid! Youve got all this fine produce! Weve got movie stars and rich people staying at the Banff Springs Hotel where I work and the vegetables are crap!

In fact, Edgewater produce was so good it was sent to the San Francisco Worlds Fair. Mr. Moore recalls Isabel Erkman, who was a longtime Edgewater resident, showing him the ornate certificates received at this event.

As a result, Leonard who ran a company composed of 15,000 acres, livestock, a sawmill and planer went into Calgary to purchase a truck to deliver produce. The dealership wouldnt take his company cheque and he had to use his personal funds to purchase the $400, four-ton vehicle.

An insulated receptacle was then built for the back of it and he made several trips per week delivering food to the CPR hotels in Banff and Lake Louise. The contract lasted into the 1940s.

HISTORICAL LENS Edgewaters general stores, which have come and gone over the years, have always served as a hub of activity within the community. Pictured, top: Hansens General Store in 1930.

Barry Moore grew up in the Planta house, which was built for Senator Planta, one of the original company investors, as a summer dwelling. It was known locally as The Glass House because it had so many windows.

Dr. Gaddes retired from his government job in 1934 and spent part of each year in Edgewater, working to attract settlers from the Prairies. After Leonard left in 1942 to build his own business, Dr. Gaddes remained in Edgewater until he sold most of the property to the GR Kirk Company. The remaining townsite lots and some farming land were sold to Harry Moore, Barry Moores father.

In 1923, Harry took a sawmill job in Wasa, B.C. and he later married Berta Cameron. After several years of running a portable logging show during the Depression, Barrys mother was darn tired of moving all the time, he said.

In 1942, Harry had a visit in Ta Ta Creek near Cranbrook from the manager of the Columbia Valley Ranches and was asked to move his operation and employees up to Edgewater for a year. He brought with him the Larochelles and Carlson families, who still reside in Edgewater to this day. Berta was happy to settle in and decided there would be no more moving.

The first Edgewater school was built on the Smith property, two-and-a-half miles from town.

Dorothy Brown, 94, of Invermere, lived in Edgewater for 92 years. She recalls going to school with twins Bill and Boyce Gaddes. Over the years the community hall was used sporadically as classroom space. At one time Edgewater even had its own high school.

As the small community progressed, a number of key businesses were formed by residents. Farms all around the valley trucked their milk to the Edgewater Creamery, which was run by Del and Phyllis Bowers.

Jim Taylor owned the Edgewater Berry Farm and grew raspberries, strawberries and currents. Students from the fine arts school in Banff used to come out as berry pickers in the summer.

There was also a time when Edgewater seed potatoes were being shipped to Idaho and New Brunswick.

The Alpine Club of Canada employed residents for many years during the summers and there were also a few guide/outfitting operations run by locals.

Forestry played a big part in the economy of the community throughout its history. In 1965, the community suffered a setback when the Social Credit government awarded Edgewaters quota for timber production to a large American corporation. Within a few years many families had to leave and look for work elsewhere.

Over the years, many small businesses have come and gone in Edgewater. The community gained and lost a few small coffee shops, Conzelmans Garage, for gas and car repairs, Hansens General Store, and the Edgewater General Store run by Mr. Blair, who also had a store in Brisco.

His store was housed in a building intended for a cannery. But the First World War had interrupted plans and the building instead served as a community recreation centre before Hansen took it over.

For a short time around 1928 Heinz and Gertie Seel taught gymnastics in the building, and from 1933 until 1965 it served as the general store and a hub of the community. In 1971, it was converted into four apartments.

From 1946 to about 1958 the community also gained the Edgewater Coffee Shop. It was begun by Evelyn Nielsen and went through a change of hands before its sale again to Carrie and Adolph Johnson.

The Johnsons added ice cream, which Adolph churned by hand after his workday at the sawmill was done as there was no electricity. When Hans and Betty Nable took over, they added a second story and rental room, plus groceries on the main floor.

When asked about the strong sense of community that is evident in Edgewater, Barry Moore explained:

Edgewater was much bigger than Invermere for the longest time. Tourism rose, farming dropped. You didnt need locally grown milk or produce anymore. A lot of places run on an economy. When you dont have an economy, you have to have something else.

The 2011 Census recorded the town population as 544 with 301 dwellings. Businesses have come and gone, as have people. But the one thing that has remained constant has been the strong sense of community.

You can get a taste of it yourself at the Edgewater 100th birthday celebrations on July 7th and 8th. 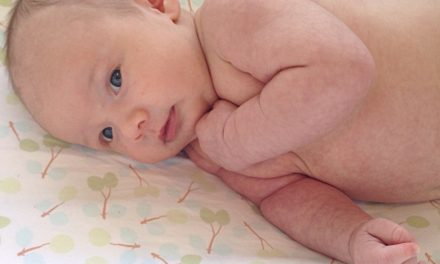 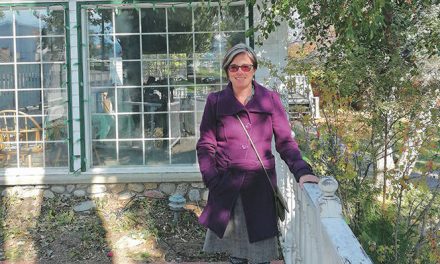 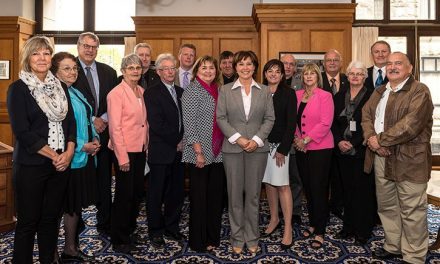 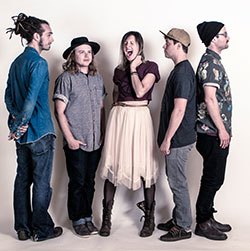