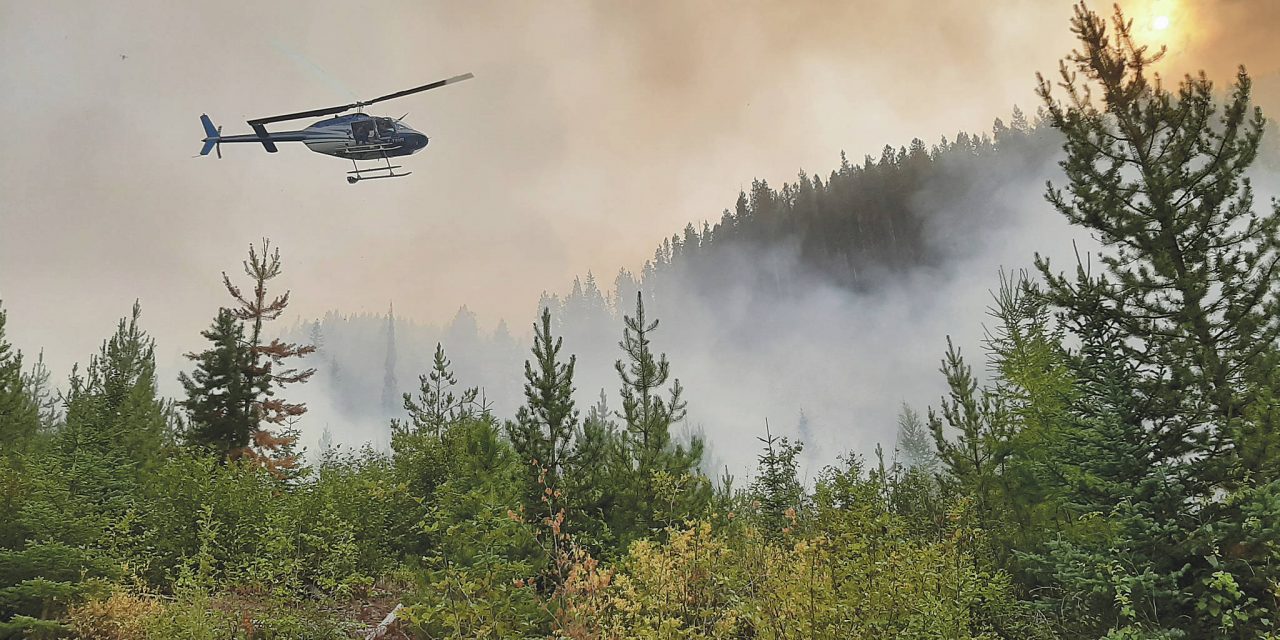 The Doctor Creek wildfire burning near Canal Flats continues to be classified as ‘being held’ by the British Columbia Wildfire Service (BCWS). The provincial incident management team that has been battling the blaze for a month have been pulled off the fire, turning responsibility for the Doctor Creek fire back to the local zone firefighting team.

The fire, suspected to be caused by a lightning strike, was discovered on Tuesday, August 18th, 25 kilometres southwest of Canal Flats, and very quickly grew to an estimated 3,000 hectares in size, making it one of just three ‘wildfires of note’ in B.C. By Sunday, September 23rd, the BCWS had sent in an incident management team. Over the following weeks, the firefighters used heavy machinery, helicopters and, at one point, skimmers (air tankers). The rugged and steep terrain in the Doctor Creek area and some, unfortunately, timed high winds meant the fire grew to more than 8,000 hectares, before planned ignitions on Friday, September 4th, and again on Friday, September 11th and then again on Monday, September 14th, coupled with the valiant efforts of the firefighters helped get the fire to ‘being held’ status early last week. The ‘being held’ classification means that, with the resources currently committed to the fire, the blaze is not likely to spread beyond existing and predetermined boundaries, given the prevailing and forecasted conditions.

“Things have been winding down. Resources have been taken off the fire because the fire behaviour is fairly quiet,” BCWS fire information officer Nicole Bennett told the Pioneer on Friday, September 18th. “We’re not expecting the (fire) perimeter to grow. The zone team will be doing monitoring and response on the fire until some kind of major fire-season ending events such as heavy rain or snowfall occurs.”

On Wednesday, September 16th, the area restriction around the Doctor Creek wildfire was rescinded as the remaining firefighting personnel no longer need to restrict public access to operate efficiently and safely in the area. Although the BCWS reminded the public that the Doctor Creek wildfire is an active worksite and that people should exercise caution while travelling in the area. On Thursday, September 17th, there were 64 firefighters, two helicopters, and eight pieces of heavy machinery. By Friday, September 18th, it was down to 40 firefighters, one helicopter and four pieces of heavy machinery. On Saturday, September 19th, just before the incident management team turned control of the fire over the local zone team, there were seven firefighters, one helicopter and four pieces of heavy machinery. The fire is currently estimated at 7,600 hectares in size.