After making the announcement on October 12th that she would be stepping away from politics, Karen Larsens seat on Radium Hot Springs council has sat vacant. With three candidates stepping forward since then, however, there will officially be a by-election for the Village of Radium Hot Springs occurring on January 14th.

Mike Gray, Tamara Osborne and Dale Shudra have all put their names forward for the seat in office in hopes of joining the current three-member plus one mayor council.

For Ms. Osborne who grew up in the Columbia Valley, this has been on her mind for quite some time.

Its something that has been sort of on my mind for pretty much the last 20 years, she said. Since 2000 when I first started living and working with Schickedanz, I started paying attention to what happens in the village, what makes it tick, how it runs, and since then have read the council minutes, watched what theyre doing and how theyre progressing for what the vision of the community is.

As a small business owner (she owns Alpine Lodging), Ms. Osborne said she has a unique understanding of the accommodation industry in the local area and enjoys a strong relationship with the Chamber of Commerce, which will benefit council.

Thats something that I would full-on want to take on if the opportunity is there, to be involved in the business community and be that person thats sort of bridges the gap between the two because currently theres not a lot of unity between the two entities, she said.

For Mr. Gray, the decision to come forward didnt start with him. Instead, a number of people throughout the community approached him asking him to run for the vacant seat. The more he sat down and talked to people, the more he thought that the move may be right for him.

I enjoy a strong community, I enjoy the activities that go on in our area, but local government is very important, he said. Theres a lot of focus on the national and provincial and a lot of people have aspirations to continue onto that I dont. I just like having a say in what happens in our area. I think its important and I think someone needs to pay attention to it.

With no prior experience in politics, but with a background in community service while owning the Horsefhief Pub and Eatery in Radium, Mr. Gray said he believes his well-rounded resume makes him a good fit for local politics.

I think Im going into it without a particular agenda. Im going in with a thought process which is just figure out whats best, weigh the elements in front of you and try to do whats best, understanding sometimes that these decisions are fluid and sometimes youll have to change your view on things or update it as new information becomes available and not be afraid to do that.

Despite having owned a recreational property in Radium since 2004 and being a full-time resident for several years, Mr. Shudra decided not to run in the 2014 election in Radium because he said he felt relatively new to the Village.

Instead, he devoted himself to community service, acting as the president of the Sunrise Rotary Club of Radium for three terms he was one of the driving forces behind the Rotary Gardens that were completed last year. Since recently retiring, he has continued to increase his devotion to community service. Mr. Shudra also has experience in politics serving as the director of the federal Conservative riding association and is currently the president of the provincial Liberal riding association.

A lesson from the community gardens project is that there are plenty of good ideas, but someone has to take the initiative to take an idea from concept to completion, he said. There are funds available for good projects and people willing to help. Often you just need some leadership to get there and hopefully I will be able to contribute.

On voting day, voters will also be presented with a referendum question on the approval of a $3.2 million loan for construction of the new community hall attached to their ballot. Radium Hot Springs council made the decision to move forward with the referendum process during their meeting on December 14th because of the time that it would save over the alternate approval process, which they estimated could delay the approval by as much as six weeks.

Mayor Clara Reinhardt said she does not expect the referendum to prevent the Village from getting the approval of the loan. 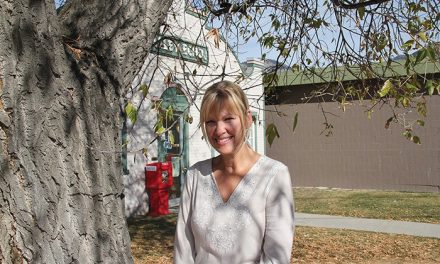 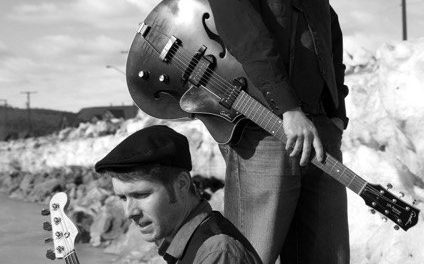