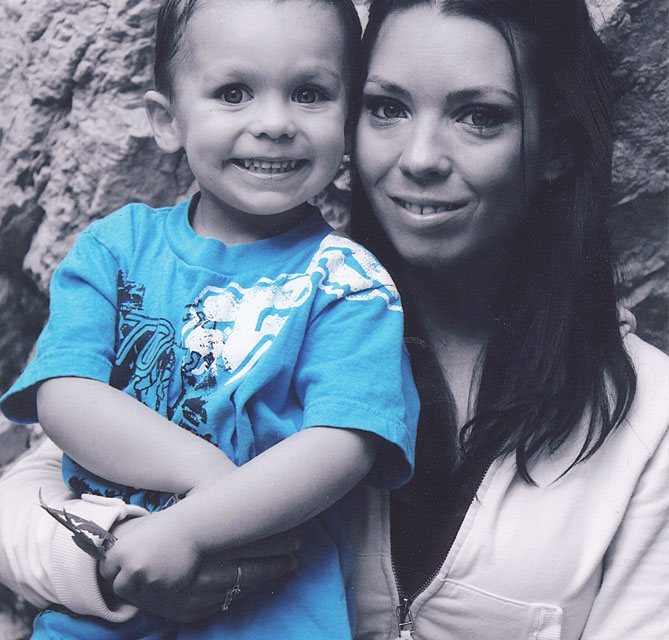 HEALING Lindsay Jones and her son Brodie are getting back on their feet after being involved in a serious two-vehicle collision near Invermere last week. Photo submitted

A young mother and her toddler are recovering at home after a two-vehicle collision last week that claimed the life of a Radium woman.

Lindsay Jones, 27, and her son Brodie, 4, of Radium Hot Springs, were both injured in the accident, which took place shortly after 9 a.m. on Wednesday, December 12th. Tragically, the second driver involved in the crash, Shirley Dian Hudson, 63, died at the scene.

A southbound Dodge Dakota lost control and crossed the centre line and was struck by a northbound Chevy Silverado, said Corporal Shayne Parker, of East Kootenay Traffic Services, in a media release.

Ms. Jones, the driver of the northbound, black Chevrolet pickup truck, was badly injured in the impact, which tore all the muscles in her back, chest and ribs, as well as damaging soft tissue. Her kidneys were also severely bruised, and bleeding at one point.

The little boy came out of the accident with scratches on his chin, he said. If there ever was an argument for putting in a child seat properly, that is it.

On the morning of December 12th, Ms. Jones had just dropped her daughter Mariah, 6, off at elementary school in Invermere, and was heading north to Edgewater to deliver her son to his early learning program.

On the stretch of the highway beside St. Pauls Catholic Church, about three kilometres north of the Invermere crossroads, she reported seeing the tan Dodge pickup truck, driven by Ms. Hudson, lose control. After the driver attempted to correct her course, the vehicle headed sideways across the road towards Ms. Jones, she said.

The truck collided with the front of Ms. Jones truck, sending it off the east side of the highway. While the black Chevrolet lodged in the snow at the top of the embankment, Ms. Hudsons Dakota slid to the base of the approximately 25-foot (7.5 metre) slope.

This probably took place in about three or four seconds and then I was in the ditch and everything went silent, Ms. Jones said.

Fellow drivers arriving at the accident scene ran to help her, Brodie and Ms. Hudson. While Ms. Jones banged on the windshield to attract attention, another parent, Robin Peters, who had been making the same elementary school drop-off, was the first to reach the vehicle containing her and her son.

The air in the truck cab was thick with white powder from the airbag deploying, which Ms. Jones, in her disoriented state, thought to be smoke.

Firefighters and RCMP from Invermere were quick to arrive on-scene, and helped calm the mother and toddler, while also working to free Ms. Hudson.

Ms. Jones was transported by ambulance to hospital, after receiving the difficult news that Ms. Hudson had passed away.

My heart dropped [when I heard], the young mother said. My thoughts and prayers go out to the family for their loss.

Ms. Jones, who is temporarily in a wheelchair and due to begin physical therapy, said she is extremely grateful to every person who offered their help and support, both on the roadside and since the accident.

Thank you to everyone who helped, she said. I dont know a lot of names, but the paramedics and police were wonderful; the doctors and nurses as well.

She is also calling for those responsible for the stretch of highway to take measure to prevent any further accidents.

That area of the highway is dangerous, it dips and bends and is slippery Staff Sgt. Shehovac agreed. My understanding is that, in the past, road crews have looked at having that straightened out.

He urges extreme caution when travelling on winter roads, even when driving a four-wheel drive vehicle with winter tires installed.

A celebration of life was held for Ms. Hudson on Sunday, December 16th in Radium Hot Springs. Her family members could not be contacted for comment. 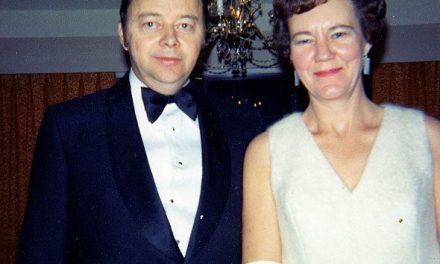