A provincial bill dealing with the Range Act and how it pertains to privately owned conservation land is creating some local concern here in the valley.

Bill 5, which was introduced in the provincial legislature earlier this year, contains several statute amendment to the Forests, Lands and Natural Operations Act, some of which extend the lifespan of tenures under the Range Act. Several conservation organizations, including Ducks Unlimited, the Habitat Conservation Trust Foundation and the Nature Trust of B.C., have written to the Forests, Lands and Natural Resource Operations ministry expressing dismay that some range tenures have been extended to privately owned fee-simple conservation lands without the owners being consulted.

In the letter, the groups say that the Crown has been retaining grazing revenues derived from these lands, in contravention of the Wildlife Act, which says those revenues should flow back into the Habitat Conservation Trust.

Although the local Rod and Gun club was not a signatory to the letter, many members of the club are unhappy, since part of the money they pay for hunting licenses and through other fees is used to buy some of these privately owned conservation lands.

“Our biggest concern is that these conservation lands have been purchased in part through Rod and Gun club money,” said Lake Windermere Rod and Gun club president Rick Hoar. “These lands should be used appropriately for what they were purchased for.”

Most of the privately purchased conservation lands in question are multi-use, which can sometimes included grazing.

“Sometimes some of these lands are re-leased for agricultural purposes, usually around here that means cattle grazing,” said Mr. Hoar. “In some cases, that’s not a problem; sometimes cattle can actually enhance the land. But to do it ad hoc without consulting the people who are the owners of that land is not right.”

Money raised from these agricultural uses, Mr. Hoar added, should go back into the habitat conservation fund, not into general revenues as the letter implies. Mr. Hoar said he’s talked to people in the valley’s cattle industry, most of whom were unaware of the issue, and a few of whom were ticked off about it.

“They say there’s more than enough grazing land available without using any conservation land, and that there is actually a fair bit of vacant (Crown) grazing land. So you’ve got to wonder what the impetus is to use the habitat conservation lands that are in most cases quite delicate,” said Mr. Hoar.

The conservation lands affected by the bill do not include local Nature Conservancy of Canada properties such as Lot 48 or the Dutch Creek Hoodoos, since the Conservancy does not lease any grasslands to the province, according to Nature Conservancy program director Nancy Newhouse.

The Ministry of Forests, Lands and Natural Resources Operations has already taken steps to address the issue, and some of the concern may be misplaced, said ministry spokesperson Greig Bethel.

“Ministry staff have already been able to confirm that there is no conflict between range tenures and the Columbia Lake,” said Mr. Bethel.

Mr. Bethel also said that the concerns raised by the groups writing the letter and valley’s Rod and Gun club apply to pre-existing legal framework under the Range Act and added that Bill 5 does not exacerbate these concerns. 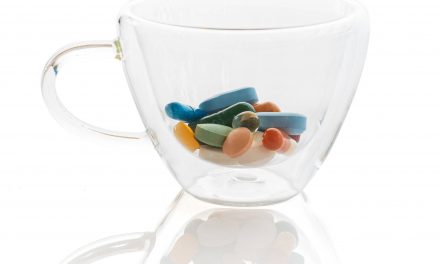