Re: Protecting the bears 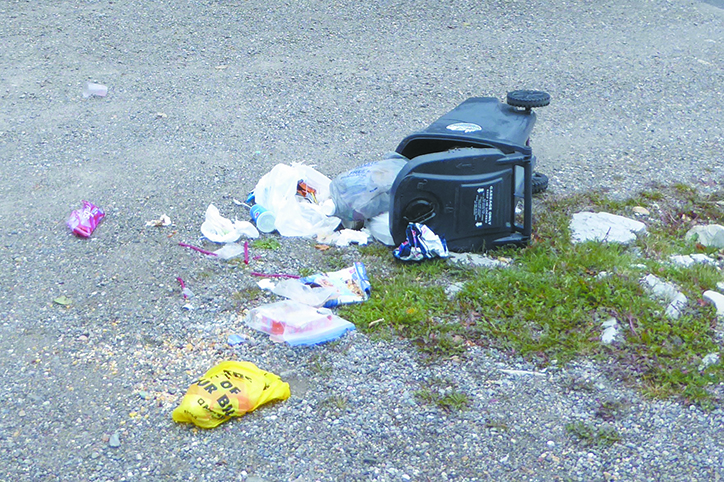 An overturned trash can with rubbish slipping on the floor. Submitted photo

Further to last week’s editorial ‘Protecting the bears,’ I thought I’d pass on an important observation on Invermere’s garbage containers.

Like most people, I think, I assumed the new garbage containers stayed locked once the lock was engaged and consequently were somewhat bearproof. However, I recently discovered that if you tip the locked containers upside down, the lock automatically disengages, and the garbage falls out. This makes sense, I guess, since that’s how the bins are emptied into the garbage truck. I’m sure it doesn’t take a hungry bear long to figure this out either.

I thought I’d pass this on as an important education point since I think a lot of people leave their garbage containers outside “locked” and assume their garbage is secured.

Fairmont business says no to HST

What is wrong with Albertas drivers?