Gordon Campbell once referred to BC Hydro as a jewel. Now, virtually bankrupt, BCs jewel has become a burden around the necks of hydro ratepayers. What happened? Government colluders and self-interest money vultures have schemed a way into your walletvia your hydro bill. Thats what.

Alarms should have rung when Campbell snuck BC Hydros purchase and billing departments to offshore Ireland, far away from prying eyes. After faking an energy crisis, Campbell passed the Clean Energy Act. This act enabled wealthy insiders to become Independent Power Producers (IPPs).

These IPPs signed lucrative contracts to sell spring-runoff power to BC Hydro at rates far above market value. BC Hydro is obliged to buy this power, even though they dont need it. Cost increases end up on your hydro bill.

The nearly one-billion dollar Smart Meter program goes on your hydro bill, too. A billion dollars one-thousand million-dollar bills for a wireless network to blanket our province in microwaves for only one purpose: deferential billing. A billion dollars on a private, single purpose, hi-tech network for your meter when many hydro customers are still on dial-up?

A billion dollars could probably have wired all of BC with safe, multi-purpose, fibre-optics. More concerning, smart meter emissions may be harmful. Health and genetic effects of extended exposure to near microwave radiation, especially on the young, has not been fully tested. You will test it.

The Clark/Campbell government, combined with private corporate sapsuckers, have even grander plans for your wallet: the coming, unneeded, conspired without oversight, $8-billion Site C Peace River hydro project. Keep your eye on it. It could be the most lucrative jewel heist ever.

Focus on the socio-economic reality 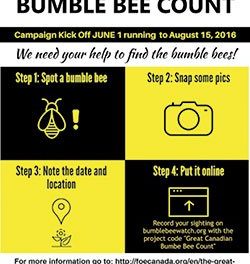 You can help save the bees