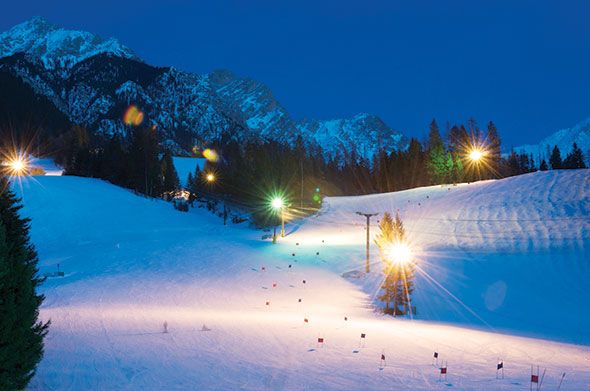 GET YOUR RACE ON! The Starlight Challenge course at the Fairmont Hot Springs Ski Area awaits those skiers and snowboarders with a need for speed looking for fun times every Friday night in February. Photo submitted

The 33rd Annual Starlight Challenge has returned to the Fairmont Hot Springs Ski Area this winter.

Recreational snowboarding and ski racing between adults (19+) will commence tonight (February 5th) at 7 p.m. and runs every Friday night until the end of February. Each competitor will have the opportunity to take two runs before 9 p.m. A staff person will record both of their times (with electronic timing) and determine the difference in time between both runs the goal is to have the time recorded for the second run as close to the first as possible. Participants can race as a team of four, or enter individually.

The Starlight Challenge is a great way to spend a Friday evening, having fun on the slopes and enjoying the excitement of recreational racing, said Peter Harding, ski area manager for Fairmont Hot Springs Resort. It is a great opportunity to test your racing skills in a social atmosphere all levels of skiers and snowboarders have equal opportunity to win.

But the management at Fairmont Hot Springs Ski Area noticed the Columbia Valleys interest in the competition was declining in the early 90s, so it began brainstorming with avid racers about how to revive the long-standing community tradition. Eventually, the Fairmont Hot Springs Ski Area moved toward a new design that focuses on determining winners based on consistent timed runs recorded during two attempts on the same evening.

Racers now compete against themselves even though they race against another racer in a dual slalom format. For those racing all four nights of February, Fairmont Hot Springs Ski Area staff will look at each competitors times for all of the races and take their three lowest differences to determine a winner. In addition, prizes are being presented to all teams not just the top 3 to improve sportsmanship at the weekly event.

To participate, please pre-register with the Fairmont Hot Springs Ski Area Snow School at 250-345-6037 or register at the hill on the night of a competitors first race. For seasons pass holders, the cost is $10 to drop in for one night, or $35 for a four-week entry. For those without seasons passes, the cost is $15 to drop in, or $55 to participate in all four nights. Visit www.fairmonthotsprings.com/events-and-festivals/annual-starlight-challenge for more information.

And dont miss the Ski Areas 50 per cent off lift tickets for B.C. Family Day on Monday, February 8th. 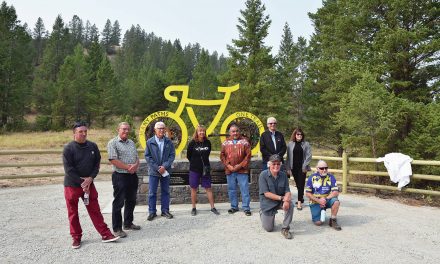