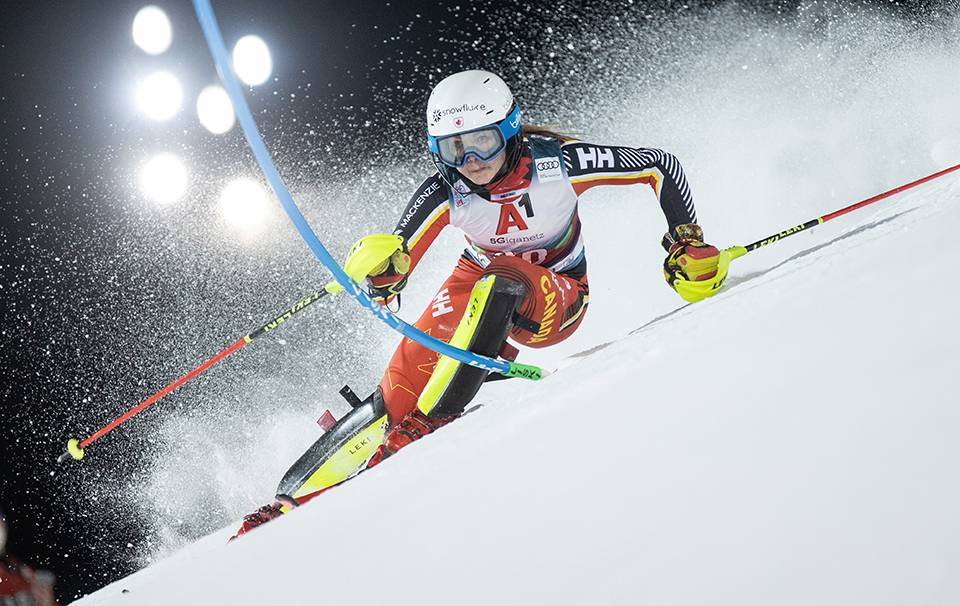 Amelia Smart prepares for the slalom event at the Beijing Olympics. Photo by GEPA

Invermere alpine racer, Amelia Smart, is set to take to the slopes for the slalom event at the Beijing Olympics hot on the heels of a string of impressive results.

Smart, although just 23 years old, is the ‘veteran’ among the trio of Columbia Valley skiers heading to China for the Winter Games, having made her World Cup debut more than four years ago, back in December 2017. She continued to ski for Canada  — on the world stage intermittently and on the Nor-Am (North America) stage regularly — for the next few years, as well as for the University of Denver, where was named National Collegiate Athletics Association (NCAA) female skier of the year in 2018, and at the FIS (International Ski Federation) world junior championships in both 2017 and 2019.

The past two years her main focus has been the World Cup circuit, Smart told the Pioneer, adding there’s been extra emphasis this current winter, in part because she graduated from university in 2021.

Even so, going to the Olympics was not a sure bet for Smart, and she needed at least three top-30 World Cup results to guarantee a spot on the Canadian team in Beijing.

To meet this need, Smart has responded with a breakthrough season. After missing the top-30 in each of her four World Cup races in November and December, Smart began 2022 in eye-popping fashion by reeling off three top-30 results in three World Cup races in a row, each one better than the last: zipping to 20th place at Zagreb, Croatia on Jan. 4, then nailing 13th place at Kranjska Gora, Slovenia on Jan. 9, then grabbing her first-ever World Cup top-10 result by scorching to ninth place at Schladming, Austria on Jan. 11.

“The results just kind of fed off one another, and I kept getting better. So I got those three top-30 results  (in fact, Smart got three top-20 results) and that’s what qualified me (for the Olympics),” she said.

You may be wondering, just what happened to Smart on New Year’s Eve?

She told the Pioneer there’s been no alterations to her technique or any other specific physical changes, and instead chalked up her outstanding January to a case of persistence paying off, combined with a positive mindset and a growing self-confidence, stemming from that 20th place finish on Jan. 4, which then just cascaded and built from there.

“Earlier in the season, I was upset. I was skiing really well, but not getting the results I wanted. So I decided I wanted to change my headspace. I needed a different mindset. Skiing is as much a mental sport as it is a physical sport. So to get that top-20 result in the first race of 2022, that was a big boost for me.” she said. “It’s been great. I feel very confident in my skiing right now. Hopefully I can continue to build off it in the Olympics.”

Although Smart has spent more years at the international World Cup level of skiing than her fellow Columbia Valley Olympians, Courtney Hoffos and Cassidy Gray, she is, like them, still young and, barring injury, just at the beginning of what is hopefully a long career of elite level racing. Like Hoffos and Gray, Smart is heading to Beijing for her first Olympics on the tail of recent breakout results.

What is it like to be heading to the ultimate stage for ski racers, so early on in a career?

“It really is amazing to be going to the Olympics at this point,” said Smart. “I always had it in my head to try to make it to Beijing. It kind of stood out, because these Games come my first winter after graduation, my first winter when I am not focused on school as well as on skiing. So, of course, it was the goal, but I was never certain it would come true. Now that it has, it is very exciting.”

Smart is on such a hot streak. How high is she aiming in Beijing? Of course, every athlete at the Olympics is doing their best with dreams of the podium, but given Smart’s current world ranking of 45th in women’s slalom, she said will be happy with a top-20 finish.

“A top-10 result could be possible. I’m definitely shooting for top-20, with my recent results, and I’d even be okay with top-15,” she told the Pioneer.

Smart has never been to any part of Asia before, let alone to China and said “I’m really excited to see the culture there. It will be a really different experience. Just going to the Olympics in and of itself would be exciting, but to have it be held somewhere as different as China makes it that much more exciting.”

She extended an enormous ‘thank you’ to “everybody who has supported me. To all my coaches, the trainers, my family and my friends. My parents were both ski instructors and they became my ski coaches. That’s what got me into the sport. It was just a family thing we did,  my parents, me, my young sister.”

Smart told the Pioneer that, aside from family, she has always been pulled to alpine racing, as opposed to other ski disciplines, because “there is a feeling of carving a ski in a course that just can’t compare with anything else. And probably because I am an A-type person, and the setting of the race, with the gates, it draws me in. I love the challenge of it.”

She will race in the slalom event at the Yanqing National Alpine Skiing Centre, an hour and a half drive northwest of Beijing, on Wednesday, Feb. 9. 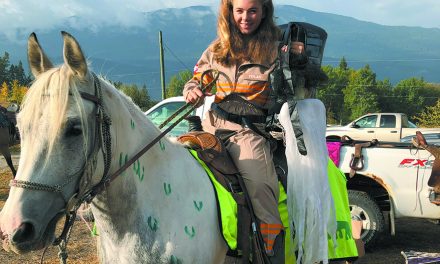 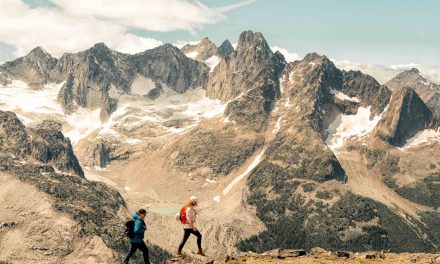 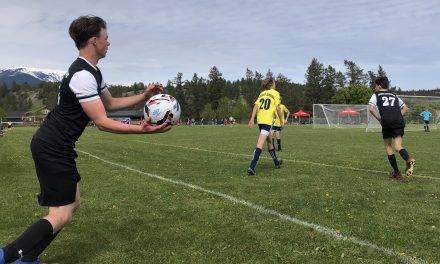 Clash of the Titans Soccer Tournament brings community together 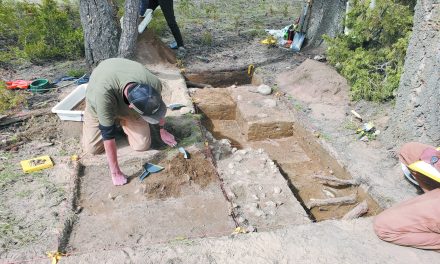