Between the dates of Tuesday, November 25th and Tuesday, December 2nd, the Columbia Valley Detachment responded to roughly 54 calls for service. Nine of these complaints were motor vehicle accidents. Five complaints involved incidents concerning mental health, which can include substance abuse and/or overdose of prescription and/or non prescription drugs and alcohol. Reports of assault, drug trafficking and other investigations were initiated with only a fraction concluded. Two more major snow events contributed to some of the traffic hazards and accidents caused by precipitation and the drastic change in temperature. Southeast District Traffic Services was up working through the Columbia Valley Detachment area in support of the RCMP National and Provincial Road Safety Initiatives targeted at taking impaired drivers off the road. This targeted enforcement will continue! A few of the files are as follows:

On Thursday, November 27th at 11:15 p.m., EHS (Emergency Health Services) requested assistance at the Horsethief Lodge in Panorama regarding three people overdosing. Upon attendance by Columbia Valley RCMP, one subject was noted sitting outside, yelling and screaming at nobody and everybody. The subject appeared very agitated, was verbally aggressive and was not calming down. The behaviour was not normal for the known subject and medical care was required. The subject was apprehended under the Mental Health Act by police. The subject actively resisted, but was taken into the care of BC Ambulance and brought to a doctor for medical assessment. It was later deduced that the subject had taken mushrooms and drank tequila, and was released once sober.

On Friday, November 28th at 12:30 p.m., Columbia Valley RCMP stopped a black car with Alberta licence plates on Timbermont Road at Timberside Place in Windermere. The driver admitted to not having a drivers licence or insurance. The driver was served a ticket for no DL and no insurance. The driver was also served an Unlicensed Driver Prohibition and a Notice of Impoundment on the vehicle. The vehicle was towed and impounded as per the law. This vehicle has been the subject of complaint for a few previous incidents and the driver has been previously warned by Cpl. Ayers.

On Saturday, November 29th at 11:54 p.m., Columbia Valley RCMP stopped a Toyota car with Alberta licence plates on Athalmer Road in Invermere as the driver had their bright lights on. The officer, upon speaking with the driver, could smell liquor on the drivers breath. The driver admitted to drinking before driving. The driver provided two breath samples into two separate Approved Screening Devices (ASDs), which both registered a FAIL reading. The driver was served a 90-day Immediate Roadside Prohibition (IRP) as well as a 30-day vehicle impoundment.

On Saturday, November 29th at 6:14 p.m., Columbia Valley RCMP stopped a Volvo with Quebec plates on 7th Avenue at 13th Street in Invermere. The driver was served a violation ticket for no registration and no insurance, and the vehicle was towed home.

On Sunday, November 30th, Columbia Valley RCMP were dispatched to a single vehicle collision where a Ford pickup truck had gone off road and hit a tree on the road coming down from Fairmont Hot Springs Resort. Upon attendance, it was found that an Alberta-registered black Ford F350 had gone off road on the right with its front end smashed into a tree. All occupants had left the truck and returned to the Fairmont Lodge. The vehicle appeared to have extensive front end damage and air bags had been deployed. All advised they had minor injuries, including a banged up knee and a finger they thought may be fractured; however, they again refused EHS Ambulance. The driver advised they had been travelling approximtely 20 to 25

kilometres an hour down the hill from the resort and, when they attempted to navigate the sharp curve about halfway down, the truck lost control and was unable to regain control. The truck went off road into the gravel shoulder and slid into a cluster of trees, striking one tree head on. The road was notably ice/snow-covered and had not been sanded or salted the sharp 90 degree curve is coupled with a steep grade. The drivers licence had expired two days prior, which apparently the driver was unaware of. That was dealt with by police.

On Sunday, November 30th, a subject from Telus attended the detachment to report the theft of tools from the locked Telus building on 7th Avenue in Invermere. The subject has been off work since May and just returned last week. Missing tools include: a coaxial cable metre and testing tube; testing metre `950`2 plus DSL testing tube; Bird Dog satellite tester; and an HP Elite tablet. All testing tubes are valued between $2,000 and $8,000. At this time, there are no suspects or witnesses and if anybody has any information involving this theft, please contact the Columbia Valley RCMP quoting file number 2014-2700. 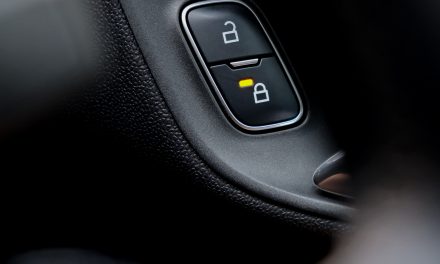