Canadian icon Terry Foxs legacy to raise money and awareness for cancer will not go unnoticed next week.

The 35th annual three-to-10-kilometre Terry Fox Run will be held between 9 and 11 a.m. on Sunday, September 20th at J.A. Laird Elementary School.

In the past couple of years, weve raised about $3,000 to $4,000 in no large part thanks to Donna Scheffer, said Terri Lightfoot, cancer survivor and local spokesperson of the Terry Fox Foundation. Shes our main fundraiser and she raises at least 75 per cent of the funds that come. We usually get about 100 participants and everybody is welcome its non-competitive We just want people to keep Terrys dream alive.

According to the Terry Fox Foundation, Mr. Fox was only 18 years old when he was diagnosed with osteogenic sarcoma (bone cancer) and forced to have his right leg amputated 15 centimetres above the knee in 1977.

He decided to run across Canada to raise money for cancer research and he called it the Marathon of Hope.

He started training by running more than 5,000 kilometres over the course of 18 months, then began a cross-country run in St. Johns, Newfoundland on April 12th, 1980.

Mr. Fox ran about 42 kilometres a day through Canadas Atlantic provinces, Quebec and Ontario before the disease appeared in his lungs and forced him to stop running on September 1st, 1980.

I think because (Terry Fox) was so determined to do this (fundraiser) no matter what it took from him, she said. He got up every morning even when he wasnt feeling good and did it. Its 35 years later, and everybody in Canada still knows his name so it just goes to show you that one person can make a difference. That story chokes me up, but one person can make a difference.

There are millions of people in roughly 25 countries who participate in the National School Run Day, the Terry Fox Run and Terry Fox fundraising events every year, according to the Terry Fox Foundation.

There are even 14 schools and 15 roads in Canada named after Terry.

The Terry Fox Foundation has raised more than $600 million for cancer research in his name worldwide through the annual Terry Fox Run, held across Canada and around the globe.

We want to collect $1 from each Canadian, said Ms. Lightfoot. People can register the day of the event. We have the forms available and the ladies from Kootenay Savings come to volunteer their time to do the water station and registration in the morning.

To register for the event, simply show up at J.A. Laird at 9 a.m. on September 20th. 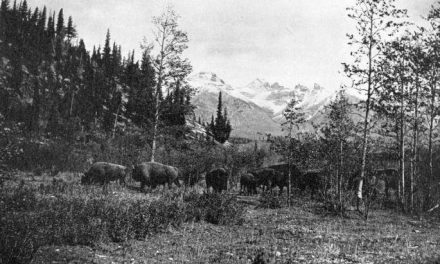