The investigation into the poison found in Dutch Creek-Findlay Creek area may have taken another deadly turn as a second wolf was found deceased there on April 19th. The first wolf fatality was reported to conservation officers on April 10th.

We’ve received two reports of two dead wolves, so we have located and collected both the wolves. We can’t confirm whether or not it was due to the poisoning. We suspect it is, however, we can’t confirm at this time, until we have a necropsy done on both of them, which is scheduled to happen early May, said conservation sergeant Drew Milne.

The second wolf found was located between the 12 to the 13-kilometre mark of Dutch Creek, and Mr. Milne said the wolf was found a little higher up from where the first one was located. During the recovery of the second wolf, conservation officers searched the area for more strychnine, the fatally toxic powder that was previously found in the area.

In mid-March conservation responded to the area after a domestic dog had ingested the substance fortunately the owner was able to get the dog to a veterinarian in time to save the dog’s life. Conservation officers searched the area and found strychnine distributed in cupcake wrappers along power line road which runs between Spur Lake Road and Findlay Forest Service Road. Due to the poison being distributed in cupcake wrappers, the poison has been described in various reports as cupcakes or pucks of strychnine.

Conservation officers who responded to the second wolf fatality found an additional nine cupcakes of strychnine placed in the area.

At this time just because of the sporadic nature of how these pucks have been spread out, I would say yes it’s a high potential there could be more pucks. We did have officers go out and scour the area but they’re (the cupcakes) small and there’s still snow around and the white pucks blend in quite well with the snow,’ said Mr. Milne.

Mr. Milne stressed the importance of keeping domestic pets on a leash when in the area and to report any cupcakes spotted.

If folks are out and around Dutch Creek, especially if they have dogs, as hard as it is to keep a dog on a leash in such a great area for the dogs to run around, if they need to use that area they need to keep their dogs on a leash. Report any suspicious activity whether it be those little muffins or something else, to our 24-hour hotline immediately, said Mr. Milne.

Conservation officers are reminding the public to not touch or approach any of the cupcakes but rather to note the location and call them. The same warning is being for any dead wildlife found in the area to not approach or touch the animal, but simply to report it to conservation officers.

We’re looking for any sort of folk that knows anything about the distribution of the pucks to come forward and speaks to us. We just want to figure out what’s going on, collect as many of the pucks as we can, so the area is safe again for the public to use, said Mr. Milne.

The exact cause of death for the two wolves will remain unknown until the necropsy is completed on the animals. The Pioneer will update the public when the cause of death is known. Anyone in the Dutch Creek-Findlay Creek area that sees any suspicious activity should call the Report All Poachers and Polluters (RAPP) hotline at 1 877 952 7277. 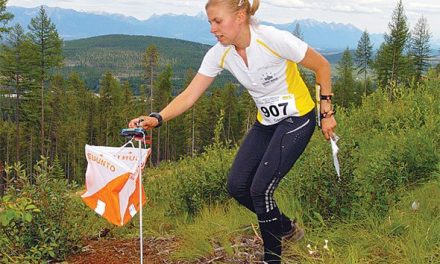