Setting their sights on the big screen 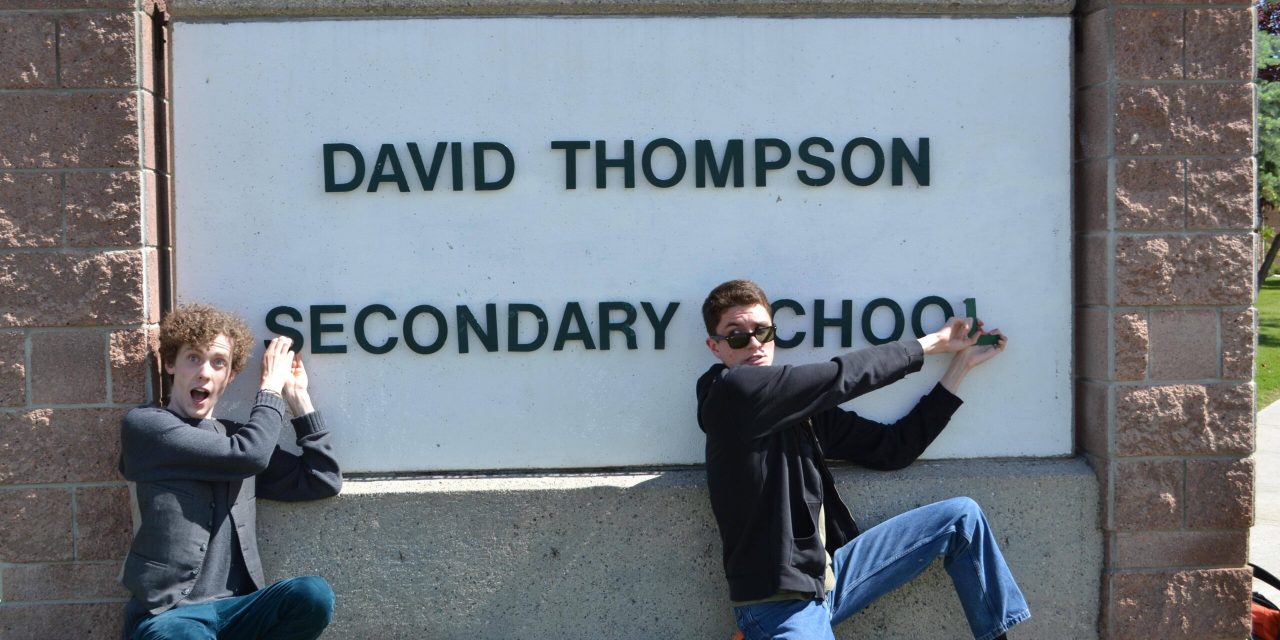 It all began with a film project in a Grade 10 gym class where Japhy Hunt and Matty Helmer opted to explore their creativity through film instead of making a poster for a class assignment. The pair began to integrate filmmaking into more of their assignments with the support of the staff at David Thompson Secondary School, and were able to expand on their filmmaking skills to the point where theyre at today, graduating Grade 12 with skills they will use this summer to create a three-hour feature film.

Last May, we did a film for an English class that was a Western and it was the first Western weve ever done. Weve never done anything like it before and it was a lot of fun, said Matty. We created a bunch of really, really fun characters and really interesting characters including a sheriff, two bandits, a bounty hunter and theyre just so much fun to play and really fun to write as well. A follow-up film was inevitable. The movie were working on right now is a follow up to this Western we did back in May of Grade 11.

That being said, the feature film the duo is working on will work as a standalone film. They estimate the filming process will take the entire summer and maybe into the fall. The script for the film has been written as three separate 100-page scripts.

This movie is kinda our big project that we wanted to pursue, explained Japhy. Its more ambitious and we like that challenge and we just like really playing all these different characters. The basis of our cast is me and Matty and sometimes his brother (Mike).

The pair has big plans for the feature film including a theatrical version and an extended edition.

Well just film all the stuff that we want to film because we dont want to cut out the ideas we have. After that, after the whole filming process that well do throughout the summer, well just reassess whats necessary, what isnt necessary, whats working, whats not working, said Japhy.

The locations they chose for the film are all around the valley, from Golden to Fort Steele and local shots in Invermere.

The Columbia Valley is a fabulous place to film a Western. Its great, so many forests, streams and rivers, a lot of woodland areas, theres a lot of old buildings Weve filmed a six-hour day in Fort Steele back in March, said Matty.

After the film is completed, they plan on submitting the theatrical version to film festivals around British Columbia. Even if the film isnt accepted, through the judging process theyll still receive advice on their work.

Thats what is really great about the film festivals, is you get that feedback to see where you can make changes or what people liked and you can actually notice what a variety of people like, said Japhy.

Both Matty and Japhy have plans to attend post-secondary schools. Matty hopes to study screenwriting and filmmaking and directing either at Simon Fraser University or Pacific Design Academy in Victoria, while Japhy is looking at acting school either in Vancouver or Victoria, also at Pacific Design Academy. But the duo wont be leaving the valley right away both decided to take a year off to finish the feature film, work, and travel before applying to university.

With many residents of the valley making appearances in the feature film, Japhy and Matty want to showcase the film to the community at a local screening, possibly at DTSS or Pothole Park when its done. To keep up to date on the film and their theatrical creations, check out their work on YouTube at the channel Japhy Hunt or on Facebook at H2 Productions.