Westside Road is getting busier with bicyclists and cars, and as a resident who lives four kilometres south of Invermere, it is a concern in the summer.

I ride a bike almost every day, mostly south of our place, so I see the issue from both sides of the fence.

Most of the time it is good when the cyclists stick to the edge of the pavement, and there is room to drive around them. I find it frustrating as a driver when cyclists (or runners) with their me-me attitude stay in the middle of the lane without moving over. It can get dicey when another car is coming the other way.

I sometimes give a toot of the horn to let them know I am coming behind them. As a cyclist, I know often I cannot hear a vehicle behind me, especially with a headwind buzzing in my ears. I would not get offended if a motorist honked at me, in fact it would be welcome.

Sharing the road means cyclists should stay to the edge of the lane. That is difficult at times given the state of disrepair of Westside Road (that would be the subject of another letter!).

Why can some of them not ride on the bike path along 13th Avenue as far as CastleRock Estates?

For motorists, sharing the road means slowing down and steering wide of the bicycles, but that is not always possible if the bikes dont do their share.

Most motorists arent on that road just sightseeing, but are commuting to and from town, unlike cyclists who are there for the exercise and the pleasure of the ride. More tolerance is needed from both sides.

Also fresh pavement would make it safer for all users. Dont we pay enough gas/road taxes to afford that? 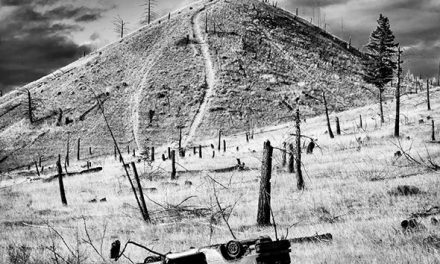 Deer Protection Society does not speak for me