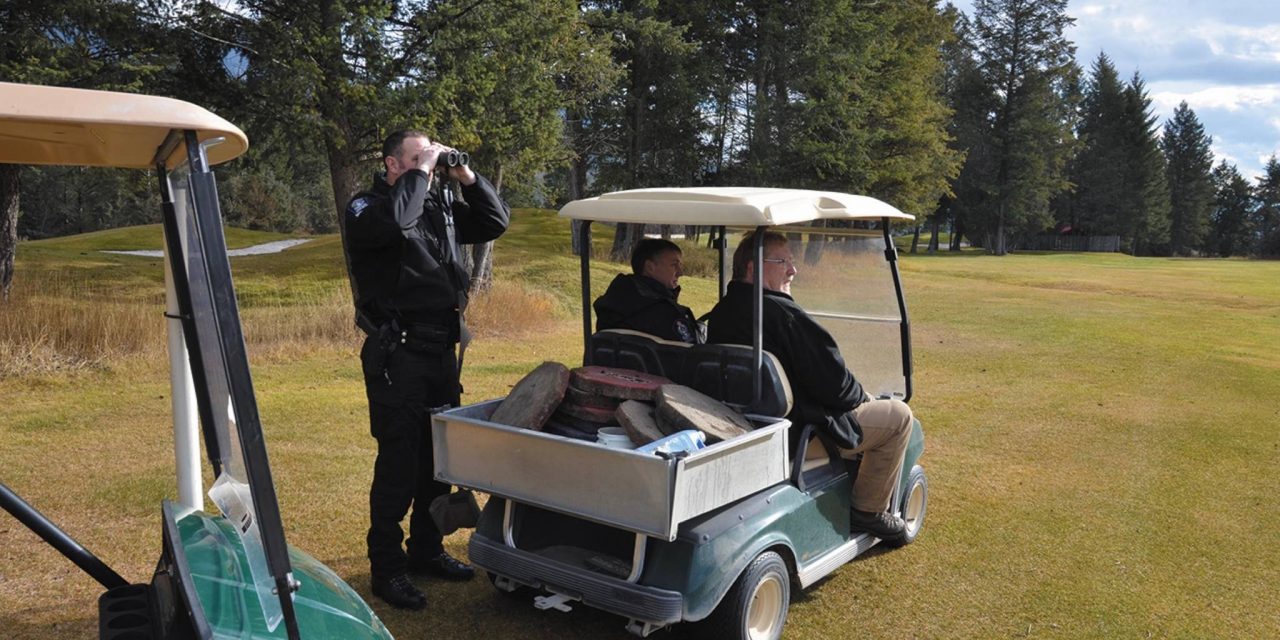 When they received a call about a bighorn sheep with what appeared to be a metal gardening basket stuck to her head, Drew Milne and Greg Kruger from the Columbia-Kootenay Conservation Officers Service went on a rescue mission.

Their truck was piled high with gear as they headed for the ewe’s last-known location – the third green at The Springs course.

At the Radium Hot Springs golf course, Mr. Milne and Mr. Kruger traded their truck for a pair of golf carts and met up with Kent Kebe, who manages the Radium Hot Springs Chamber of Commerce and Visitor Information Centre. Mr. Kebe showed the conservation officers a video clip of an ewe with a basket hooked over her face like a muzzle and stuck behind her horns.

Once the rescuers knew what they were looking for, all three hit the greens.

“If she’s got it on, she can’t eat,” Mr. Kruger said, adding that the ewe could be “in real trouble.”

Although staff at the course said they hadn’t seen the ewe, the rescuers remained hopeful.

Last year they completed a similar mission, relieving another golf-course ewe of a length of chicken wire that was stuck to her head.

“It’s the metals they can’t get off,” Mr. Milne explained.

Unlike chicken wire, fabric can eventually rot off an animal, and sometimes a creature can tear itself free of clothing or twine when the material gets snagged on a branch.

“These animals are incredibly tough. If it’s going to suffer and starve to death, that’s when we’re going to get involved,” he said, adding that conservation officers will also race to the rescue to protect against conflict between humans and wildlife.

“We do what we do until it gets to a point where nature will take its course,” Mr. Kruger said.

The ewe wasn’t in the first group of bighorn sheep that enjoy wintering on the course, but two rams gave the group another sight worth seeing as they clashed horns.

Cruising the length of the course and heading around sand and water obstacles, the rescuers found many sheep, some deer and even a house cat but saw no sign of an animal in distress.

They did, however, see an ewe with marks on her face and neck that looked like she might have been recently freed from an ill-fitting face mask. She rested peacefully on the grass beside a sprawled-out companion and about a dozen friends.

The rescue team kept a respectful distance but checked out her markings with their binoculars. She had a parallel set of dents under her eye and other marks that could have come from an unpleasant squishing.

Not convinced that the ewe was the one they sought, the team continued their lap around the course but found no further evidence of a sheep dressed in a tomato-basket Halloween costume.

“Hopefully she has it off. That would be the best-case scenario really,” Mr. Milne said as he steered his golf cart back toward the shop.

In case the basket-headed ewe is still on the loose, anyone who spots her is encouraged to call the Report All Poachers and Polluters hotline at 1-877-952-7277 to set off a second search. 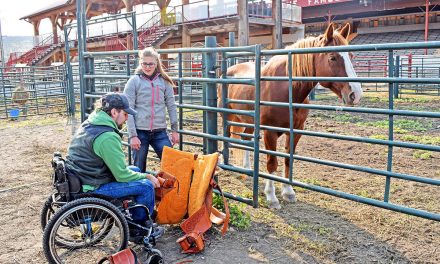 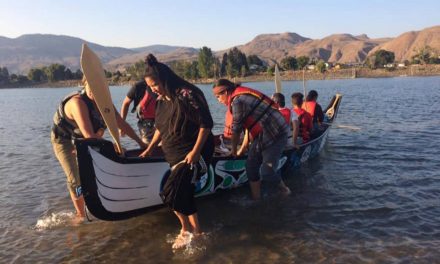