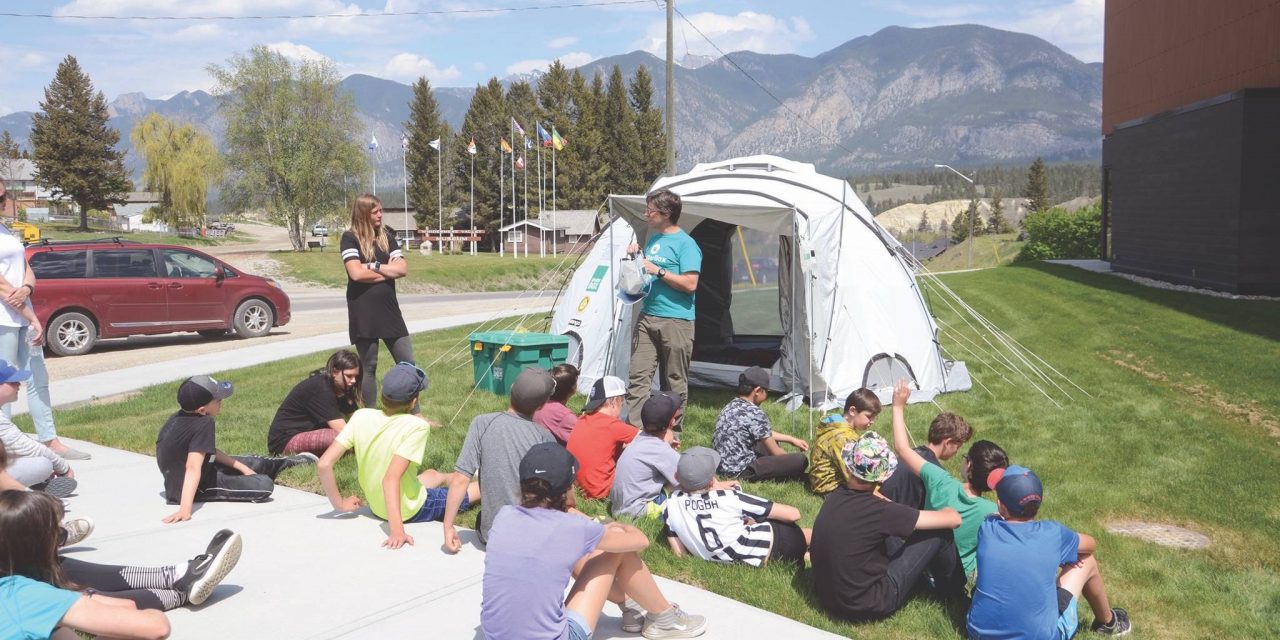 Imagine a disaster strikes – maybe a tornado, an earthquake or a flood – and you lose your home. All your neighbours are in the same predicament. You’re on the verge of heat stroke, the power is out and your water is contaminated. The disaster is so severe that your federal government asks the rest of the world for help.

That’s when ShelterBox, an international aid organization with branches in 18 countries, sprints to the rescue to bring shelters to the displaced.

“When people are in need, we go,” said Andre Bloemink, a coordinator for ShelterBox Canada who lives in Fernie.

Hosted by the Rotary Club of Invermere, Mr. Bloemink set up a tent on the Columbia Valley Centre lawn on Wednesday, May 16th to demonstrate the supports the charity provides.

Mr. Bloemink has served in Peru following heavy rains, in the Philippines after a typhoon, during a flood in Malawi and after a hurricane in Haiti. In each case, ShelterBox provided tents and tools to rebuild homes so those who have lost everything “can start to recover.”

On his first mission with the non-denominational organization, ShelterBox took tents, hand tools and more to Peru after a mudslide decimated mountainside communities.

Villagers from one community were given a cornfield, a 45-minute hike away, where they could rebuild. There was no road to the cornfield, just a goat path, but the villagers were undeterred. They tied the 120-pound ShelterBoxes to their backs, hiked them in and transformed the cornfield into a camp.

When he went to the Philippines after the country had been devastated by a typhoon, ShelterBox provided a tent for a 72 year old blind man who had lost his home. His daughter and grandchildren had lost their place too.

When the man settled into his tent and his grandchildren piled in, Mr. Bloemink said, “You could just see the relaxation in his shoulders.”

After sharing a few anecdotes, he said, “there are countless stories.”

And there are unfathomable numbers of people in need, with 85 million people around the world displaced by natural disasters and conflicts.

Last year alone Mr. Bloemink said ShelterBox helped 167,000 people by providing “a tent or a shelter option” and “giving them that little bit of hope on their darkest day.”

During his visit, the Rotary Club of Invermere donated $2,000 to ShelterBox Canada, an amount Mr. Bloemink said will provide interim shelter for two to 15 families, depending on their needs.

While ShelterBox and Rotary clubs are independent groups, ShelterBox was founded by a Rotary member and the organizations are disaster-relief partners.

A group of Grade Six and Seven students from J. Alfred Laird Elementary School were impressed after checking out the ShelterBox tent and hearing a presentation from Mr. Bloemink.

“I liked the tent. It was really cool,” one student said. “It was so massive and could still fit in a small box.”

Other students said they thought it was neat that ShelterBox trains people to set up the tents and that they also provide necessities like dishes and cutlery. 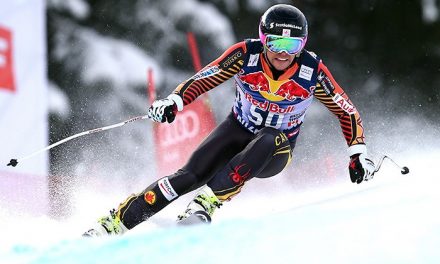