The Shuswap First Nation is welcoming anyone in search of a slice of the paranormal life to come to their reserve in Invermere on Saturday (August 18) for a special one-day gathering.

Just 16 years old, The Amazing Jeremy is already a role model for the Shuswap community. Having practiced magic since he was five years old, when his grandfather showed him his first magic trick, Jeremy went on to attend his first magic camp in Calgary the summer of 2010. There he studied with two renowned names in the world of magic — Sean Watson, Master of Illusions, who has since gone on to perform regular shows in Las Vegas, and Brent Smith, the owner of the Vanishing Rabbit Magic Shop in Calgary.

Now an established aboriginal magician in his own right, Jeremy has performed magic shows in Bonners Ferry, Idaho as well as Calgary and here locally in the Columbia Valley.

Following the magic act, audience members will be treated to a hilarious family-friendly hypnosis show by a premier First Nations hypnotist who goes by the stage name Kiit Hypnotist — Mind Master. A hit among First Nations communities, Kiit delivers a powerful message of limitless possibilities. Audience participation is key to the success of his show, and volunteers can expect to be invited on stage and leave with a more positive attitude and a lasting impression.

Traditional hoop dancer Stacy DaSilva will also be making a appearance. Stacy, whose First Nations name is Sunrise Eagle Woman, has 17 years experience acting in theatre and has pursed a career in film and television for the past 16 years with roles in such notable productions as the CBC television series North of 60. Her most recent accomplishment is winning the prestigious award for “Best Actress” at the American Indian Film Festival in San Francisco for the feature length film, Hank Williams First Nation.

Starting at 11 a.m., head towards the big white tent for the grand entry. Group dancing will take place from noon to 4 p.m., with Stacy’s hoop dancing performance from 4 to 4:30 p.m. A taco dinner from 5 to 6 p.m. will be followed by the Amazing Jeremy and Kiit Hypnotist-Mind Master from 6 to 9 p.m.

The day will finish off with drumming and a live band from 9 to 10 p.m. The Shuswap Reserve is located on Capilo Way in Invermere. There will also be door prizes, raffles, T-shirts and crafts, and everyone is welcome. 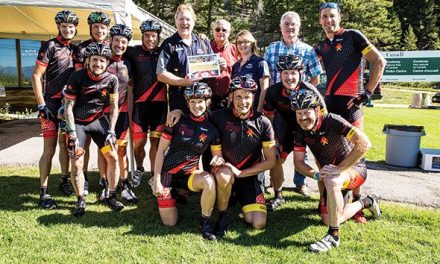 Cycling for kids with cancer 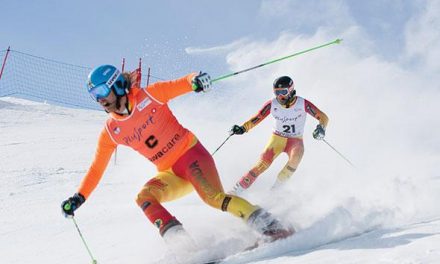 When the whole world comes to town