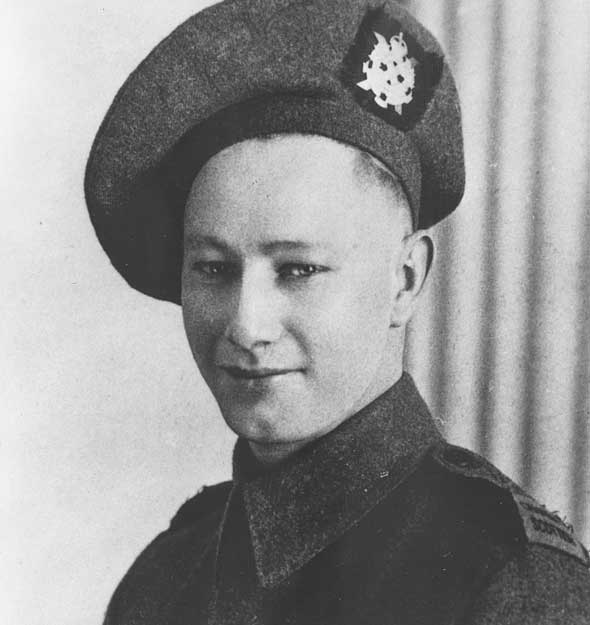 YOUNG SOLDIER This Historical Lens photo ran in the February 24th Pioneer and was recognized by the soldiers granddaughter, Anne.

My grandfather, Gordon Elmer Palmer was born May 25th, 1915 in Spokane, Washington, to Canadian parents Gordon Palmer and Mary Anne Annie Moore. This line of Palmers resided in the Wilmer area from 1902 when Elmers grandparents Ezra and Beulah Palmer came from Ontario with their three sons Gordon, Allison and Blake.

Gordon and Annie Palmer had five children and they resided in Wilmer for many years. Elmer was educated at the Athalmer/Invermere School along with his brothers Lloyd and Howard and sisters Ruth and Mary. Mrs. Winnifred Wier was their teacher.

Elmer served his country during the Second World War and enlisted with the Second Scottish Canadian Regiment on July 18th, 1940, along with Lloyd and Howard.

Elmer was a Corporal with the Seaforth Highlanders of Canada when he was killed in action on January 4th, 1945, in Italy and is buried in the Ravenna War Cemetery in Ravenna, Italy.

The evolution of a dream

Rallying towards the relay

Deal with the dandelions properly