Regarding your May 17th article about the Spilli Chili cook-off, just a couple of corrections. While the headline stated the cook-off makes its return, this particular cook-off is actually a new event.

As one of the organizers of the old event that ran from 1995 to 2011, I want to let you know that the upcoming June 1st, 2013 cook-off is not a return of the original event. The former cook-off was a little different. The cooks were not professional chefs, just good chili cooks. There was free camping at the site and there was no admission charged at the gates. There was a loonie donation to cover the costs of supplies, but this was optional and some folks brought their own spoons and bowls. Well-behaved dogs on leashes were welcome. Due to the fact that Spillimacheen is in the country, not near any of the major towns in the valley and 99 per cent of the visitors had to drive some distance, there was never a beer garden. Folks were allowed to bring a few beers as long as they conducted themselves in a manner fitting a family event. The music will be different and so may appeal to a different crowd.

If one didnt care for the atmosphere of the old event, this new one may be your cup of tea.

So you see, there are a lot of differences between the old cook-off a pretty casual affair and this new cook-off, a little more formal.

More importantly, the article states that this is the only cook-off in the valley. Absolutely not true. There will be a traditional chili cook-off in Castledale at the Quinn Creek Campground on Saturday, June 29th with many of the musicians and cooks from the old Spilli Chilli Cook-off participating.There will be free camping unless you need hookups (which are available for a modest fee) as well as Canada Day activities.All of the details will be sent to The Pioneer at a time a little closer to the event.

Thanks for your coverage of valley events and allowing clarification of your articles.

Community group in danger of folding 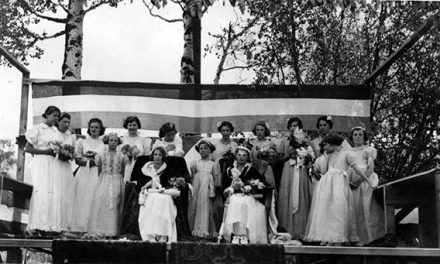 Webcams a result of grant and volunter efforts

Abattoir a cause for apprehension