The White Tail Brook fire east of Canal Flats has been burning for nearly a month. But as Canal Flats mayor Ute Juras points out in her  Regional Rundown column (below), crews of firefighters from B.C.’s Wildfire Management Branch are working diligently to contain the blaze, and it is not a threat to the community.

Wildfires are an inescapable part of living in the western or nothern parts of our country, but the residents of these areas are fortunate indeed to have such dedicated response personnel.  Most of the dozens of blazes currently burning across Canada are being monitored, if not actively battled by fire crews. The White Tail Brook apparently has nearly 200 people working on it at the moment.

The work is hot, hard, and dirty. Few people would want to spend their summer days alternately sitting around aimlessly on call and then suddenly working around the clock in trying conditions. But clearly some do, and this summer, the valley owes them no small debt of gratitude.

Perhaps even more fascinating than those who fight fires are those who purposefully let them burn — Parks Canada.

Parks Canada has been taking an innovative approach to fire management for some years now, especially in the mountain parks and when circumstances are safe enough,  parks fire crews simply let wildfires run their natural course.

The reasons for doing so are varied and numerous, and are rooted in the scientific understanding that wildfire has been a naturally occuring part of mountain ecosystems for many generations. Indeed it is only within the last few hundred years that wildfires have been supressed.

Letting fires burn not only has ecological benefit, but helps create natural fire breaks and burns up forest fuel that would otherwise build up like a giant tinder box just waiting for the right spark. In other words, letting fires burn helps prevent more fires.

It’s heartening to see such a balanced approach — with both suppression and letting fires burn — to a complex phenomenon.

Small amounts of weed should be decriminalized

Editorial: The truth of Lyme disease is hard to take 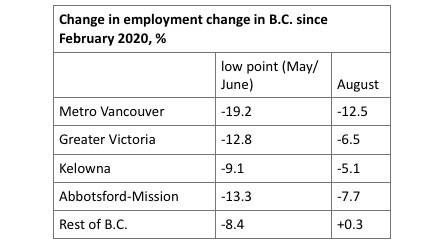