An intense spring runoff was expected after the winter season accumulated a heavy snowpack, but favourable conditions have brought about a gradual drain of the seasonal currents.

The snow pack is currently sitting at about 135 per cent of normal, and we havent yet hit our spring freshet, read a May 15th press release from the Regional District of East Kootenay. But its important to understand that the level of the snow pack is less significant than the way the melting occurs.

And the melt occurred at a favourable pace throughout the valley.

Its been the perfect runoff, couldnt have been better, said Christine Dubois, co-owner of Shadybrook Resort in Windermere. Its not a case of the amount of snow back there, but the timing of the runoff.

Mitigation was twice required after Shadybrook Resort experienced unstable runoff levels in 2011, and then again when a state of emergency was declared after runoff flooding in 2012.

Rory Hromadnik, director of development services for the District of Invermere, said that there are no major runoff concerns in the municipality. Monitoring is ongoing at the bridge along Toby Creek Road east of Wilmer Road, where erosion has caused concern in recent years, he said, but has not taken a significant toll in recent months.

Severe damage to the bridge is inevitable unless restoration efforts are made, he said. The districts boundaries end at the bridges east approach, and municipal officials are in talks with the federal Ministry of Transportation and Ministry of Environment to seek support for restoration.

It flowed naturally through Athalmer into Lake Windermere, he said, adding that it was around four or five years ago that erosion was identified as a problem. Its hard to force the river in a direction it doesnt want to go.

The Regional District of East Kootenays Emergency Program Personnel has been monitoring the region closely throughout the freshet; the only report between Canal Flats and Spillimacheen was from Fairmont Hot Springs

Fairmont Creek and Cold Spring Creek experienced expected material flow during freshet; however, there was no flooding and the sediment was kept within the creek and existing golf course pond, said regional district communications manager Loree Duczek.

The resort at Fairmont Hot Springs has also been unaffected by the spring runoff.

There was absolutely no problem, havent been any issues, said sales and marketing manager Nancy Heatherington. The runoff came at a reasonable rate, and now its over and done with.

Nor will those travelling to or from the valley via Kootenay National Park have to worry about interruptions due to this years runoff, though flooding in 2012 and 2013 resulted in the need to repair bridges this summer throughout the park, said Tania Peters, public relations and community officer at Parks Canada. 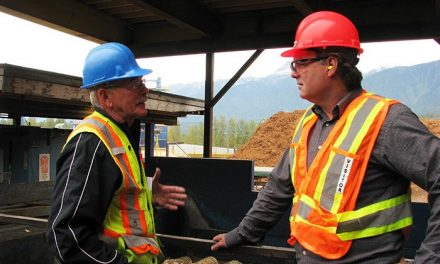 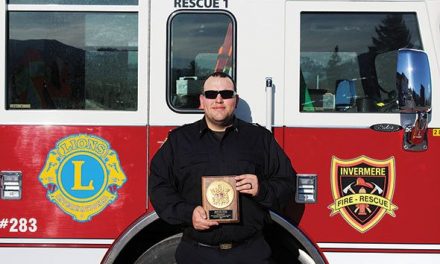