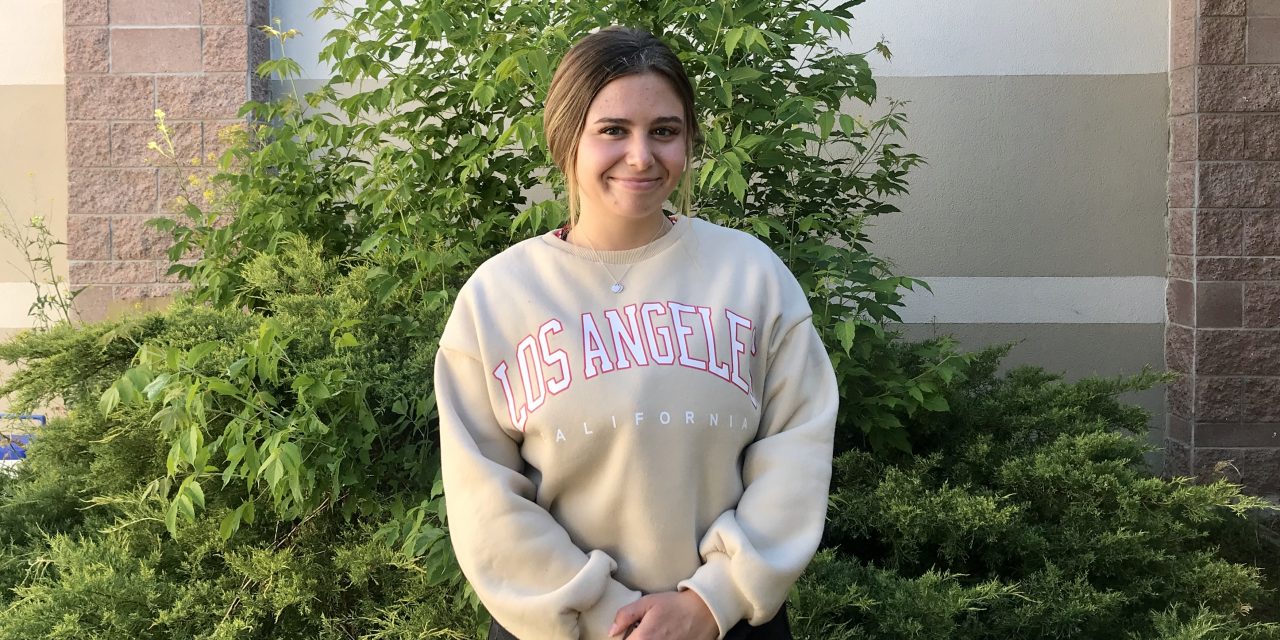 Coral Eccles’ grad year was less stressful than expected. Eccles, a Métis student, naturally thought her graduation year would be different. Yes, a few tears were shed when she learned that much of the traditional grad activities like the parade or dry grad couldn’t happen due to the pandemic. “But I’m still thankful that we get to do the ceremony,” she said.

Her favourite courses this year were psychology with Becca Wright and mathematics with Trish Phillips. Eccles enjoyed psychology so much, she’s planning on choosing it as her major after enrolling in the University of Calgary next fall.

Having gone through a personal traumatic experience, she wants to one day become a clinical psychologist. “I want to help people go through their own trauma and be a support person for people in need.”

Eccles was involved with hockey through the winter and soccer through the spring. For both, there were no tournaments. “We were only able to scrimmage this year in hockey and for soccer, we did inter-squad games.”

For Eccles, one of the most memorable parts of her graduation year has been preparing for the year-end drama production. Under the guidance of drama teacher Shelley Little, the play was about students reflecting on Shakespeare’s Macbeth. “I played one of the witches. It’s about students rehearsing to do the play,” Eccles said. This summer, Eccles will be hard at work at Pizzeria Mercato and hanging with her friends. Not a bad way to spend a summer!