The unspoken truth about Smart Meters

Here is what Christy Clark and the media havent told you about Smart Meters. Gordon Campbell campaigned that he would not privatize BC Hydro, but a few months after taking power in 2001, he split departments of BC Hydro into separate companies these he began privatizing.

Billing, human resources, office management, payroll, purchasing and IT, along with 1600 employees, were outsourced to a newly-created company under the parent Accenture. Accenture is a US global management consulting, technology services and outsourcing company.

They peddle Smart Grid Solutions. Accenture has headquarters in Ireland after moving from Bermuda. Both places are tax havens.

My kind of people, Campbell must have reasoned, because he signed a 10-year contract that paid Accenture $1.45 billion yes, billion in order to save $250 million. As the 2013 contract expiration date nears, cost overruns indicate Accenture wont meet its target. Taxpayers will likely bail out the contract. They need to sell meters.

Smart Meters will get rid of about 498 meter-readers, you know, the ones in BC Hydro uniforms driving BC Hydro trucks. Thats to fool you they dont work for hydro, they work for Accenture, and their jobs will soon be electronically outsourced. The wages they would have made and spent in B.C. get whizzed off to Ireland.

Smart Meters transmit electromagnetic radiation intermittently for minutes per day, at a frequency near 1 gigahertz the same as cell phones.

Christy Clarks experts tell us the meters are safe. Yet, the United Nations World Health Organization rates cell phones as class 2B a potential carcinogen; same as asbestos, tobacco and DDT, which, incidentally was safe for over 30 years before it was banned.

Today, children are not exposed to routine doses of cell phone radiation. Christy Clarks meters will change that. Studies of long-term exposure of electromagnetic radiation on kids dont exist yet your kids will be that study. If Christy Clark is for families as she claims, lets not experiment on our kids.

This government must be reminded once again that they work for the people of this province. Were tired of the sneaky deals that while great for Christy Clarks corporate sponsors are bad for the people of B.C. The meter deal is shady, cost jobs, is a health hazard, and the billion dollars could be better spent. Stop the Smart Meter! 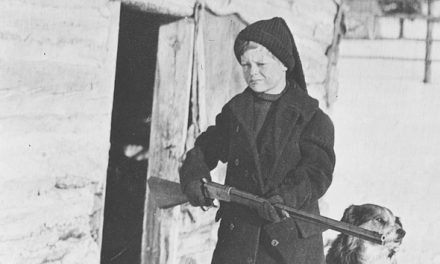 God and the deer cull