I thought it was illegal to shoot animals in town. But, as long as its sanctioned by the Province and mule deer are trapped in cages, shot by a hired paid killer not hunter with a bolt gun instead of a rifle with bullets and its called a cull and not slaughter, then its okay and the majority are happy. Hooray for democracy, they cry.

To substantiate this slaughter, we are told that urban deer are no longer wild creatures, having become inured to town life, but its the unpredictability of their wild nature (i.e. not tamed and docile) that causes such terror among those with young children and pet owners.

We are also told that mule deer are stupid creatures, unlike white tailed deer, which are hailed as magnificent beasts. A deer is a deer, as far as Im concerned. If I was a super rich person, Id buy up land around town and make it a sanctuary for these poor maligned beasts.

There is a small herd of mule deer who habituate the area in which I live and I see them as a plus in my life, adding another dimension to it. Im not scared by them because Ive taken the time to study their behaviour. I do experience a flutter in my tired old heart if they dont move away at my appearance, but I simply give them space and remove myself.

I certainly do not feed them because wild creatures must forage for themselves if they are to retain their wild freedom.

I believe that population growth will be tempered by the stronger chasing away the weaker in competition for food and they will move on if residents are more careful about how they protect and grow their own produce.

Finally, I thank my God that I do not possess the chilly rationale that justifies this next round of slaughter in town. 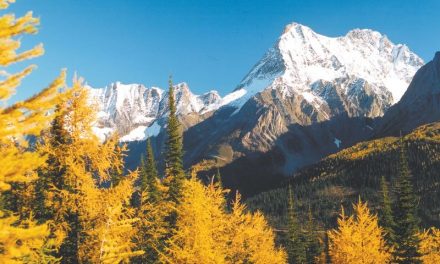