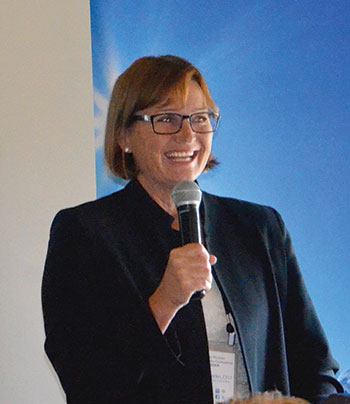 TOURISM TALK The CEO of Destination BC, Marsha Walden, had some encouraging statistics to share about the provinces tourism sector at a special presentation at Copper Point Resort this past week. Photo by Dean Midyette

A recent presentation at Copper Point Resort highlighted the economic importance of tourism in British Columbia and brought attendees up to speed on the most recent industry statistics.

The event, which ran over Tuesday, October 7th and Wednesday, October 8th, featured Marsha Walden who, as the CEO of Destination British Columbia, is responsible for attracting more tourism dollars to the province.

According to Ms. Walden, tourism is number three in terms of the industries in B.C. that create good-paying jobs. The B.C. tourism industry creates 127,000 jobs and supports 18,000 tourism-related businesses, of which 80 per cent have less than 20 employees.

Tourism dollars spent in B.C. amount to $13.5 billion a figure that has gone up 41 per cent over the last decade and generates $1.2 billion in tax revenue for the provincial coffers. Meanwhile, export revenue directly attributable to B.C. tourism sits at $3.2 billion.

Annual growth of the tourism industry is estimated at five per cent per year over the next 20 years, largely fuelled by the growing middle class and increase in wealth in both India and China. Currently, however, most of B.C.s tourists come from the United States, Australia, Germany and the UK, as well as China.

The mandate of Destination BC includes marketing, destination development, strategic leadership and public awareness. In an effort to gain a competitive advantage, the organization has been examining B.C.s competition. Namely, the United States and Australia are the traditional competitors while Turkey and New Zealand have emerged as strong contenders in recent years, having made a significant jump into the top 10 tourism destinations worldwide.

Canada has lost market share over the last decade, said Ms. Walden, having fallen from the eighth most visited country down to twelfth.

We have, however, a very resilient tourism industry that is quickly able to overcome international downturns, she said, adding that the exposure Canada received from the 2010 Winter Olympics is now having a positive and measurable effect on tourism.

Destination BC has singled out key experiences related to tourism in the province. The top five are touring, city getaways, outdoor adventures, aboriginal experiences and skiing. In order to better pursue its mandate, Destination BCs main priorities include more investment into marketing, revitalizing B.C.s brand appeal, supporting remarkable experiences and implementing an agile visitor servicing model. Reduced administration costs and a reduction in overlapping services are themes that need to be addressed within the industry itself, Ms. Walden said. 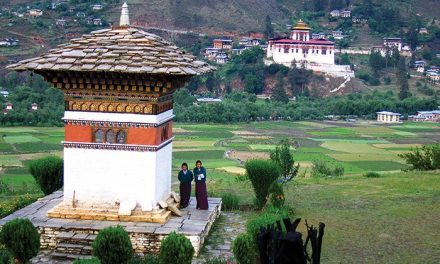