LOW-KEY LOCAL Invermere triathlete Lindsay Glassford is ranked second in Canada for her age group and will be representing Canada at the Worlds later this year. Photos submitted

To be one of the top triathlon athletes in Canada, you need to train like one. That’s why Invermere’s Lindsay Glassford wakes up every day at 5 a.m. to train. Currently, she’s ranked second in Canada and 35th in the world for her age group, and is preparing to compete at two separate World Championships.

At the end of 2016, I was second in Canada so I would like to bump into the top spot if I could and my goal for World Championships is to be on the podium for my age group. Just looking at the times for what the winner did at World Championships last year and my best time for (Ironman) 70.3 is less than 10 minutes off of that, I think if I work hard this summer and really focus on my training, it’s definitely attainable, said Ms. Glassford.

Her triathlon career started 10 years ago when she volunteered at a triathlon in her hometown in Ontario. The next year she did that very triathlon along with a few other shorter ones. Since then, she’s continued to train and compete in various competitions during the May-to-September season.

Right now, because it’s off-season, it’s about 15 hours a week of training so most mornings I’m up at 5 or 5:30 a.m. to go for a run or ride on the trainer in the basement before work. Two or three days a week, I head to the pool after work, so yeah it’s usually a couple hours a day most days of the week. I usually have one day a week where I take a break and don’t train to let my body recover, said Ms. Glassford.

As soon as the start of the season begins, her training regime increases to 20 hours a week of training. During her sessions, she spends anywhere from two to four hours on the bike, an hour and a half to two hours running and an hour for her swimming training.

This season she will challenge herself even more by competing in her first Cross Triathlon, an event requiring her to compete in mountain biking and trail running as well as swimming.

It will be the first time for me at an ITU World Championship and a first time for a Cross Triathlon World Championships as well. Most of the races I’ve done so far have been road biking instead, but I thought I’d give Cross Triathlon a shot. It’s a new challenge, but I really like it as well. It’s good to switch it up and to have some time on the road but also some time on the trails on the mountain bike. Varying the training a little bit keeps me on my toes, said Ms. Glassford.

To represent Canada at the International Triathlon Union World Championships in Penticton on August 23rd, Ms. Glassford had to submit a race resume to Triathlon Canada showing her race times, results and standings to be considered as an athlete to represent the country.

You watch the Olympics or any international competition and you see someone competing wearing the maple leaf, it’s like wow, that’s cool. To know that I’m going to be doing that, it’s pretty awesome, said Ms. Glassford.

Going there, it was kind of surreal, it was really neat. The weekend of the race they had a parade of nations; they make it into a really big deal. I was in awe last year, I couldn’t believe that I was there and I was definitely nervous. You want to compete to the best of your ability for sure, said Ms. Glassford.

To get there again this year, she is fundraising to be able to afford to attend the World Championship competitions. She has a fundraising site that tells her triathlon journey and she invites the community to support her campaign or even share it with others. Visit https://makeachamp.com/lindsayglassford. 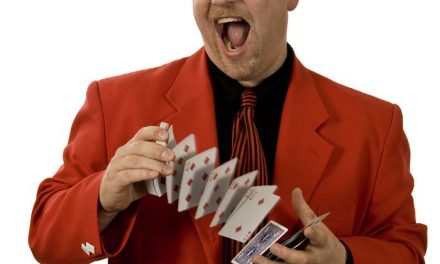 Norden the Magician comes to Invermere 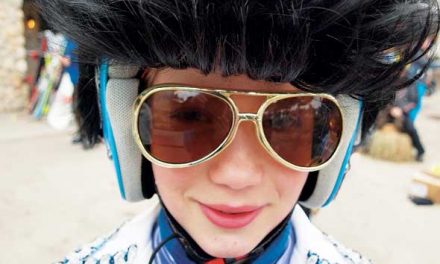 King of the hill