Tour of the Arts with The Valley Echo: Site No. 4 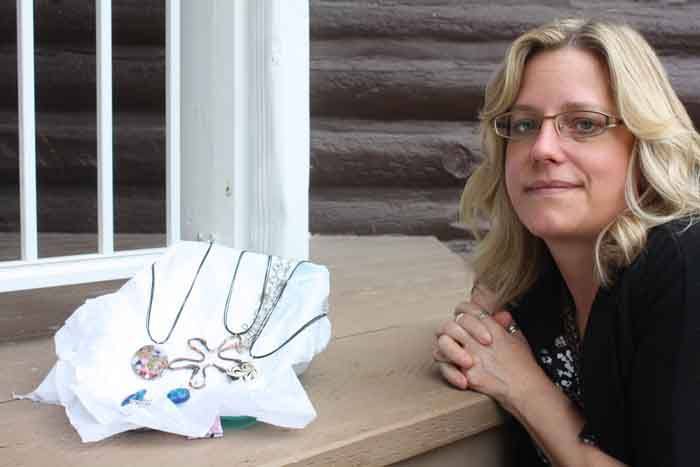 Editor’s note: This is the fourth instalment of a five-part series on the Tour of the Arts, Invermere’s annual art gala taking place on Sunday, August 5. Each story feature one artist from each of the five tour locations. Artist Tara Mercer’s work will be on display at site no. 4.

The force of gravity is not generally regarded as an artistic tool but in the case of Tara Mercer, it’s precisely this physical law that helps create the line of original glass beads she is known for.

“To be honest,” the Cranbrook-based artist told The Valley Echo, “the round shape, if you do it right, is all gravity.”

What began with a library book on stained glass has evolved into a passion for making beads out of melted glass heated by temperatures up to 1800 degrees Farhenheit. Entirely self-taught, Mercer said what captures her imagination about her chosen art form is the overall ability to make something amazing and unique.

“To melt something that is solid and make something again that is going to be solid, but you can wear it, it’s beautiful,” she said.

While beadmaking remains her passion, over the years her work has evolved to include silver and metal work.

“I found ways to incorporate my beads into jewelry,” Mercer said. “I first started doing the silverwork to go with my beads, to again make them different, and one of a kind.”

Large and ornate, often decorated with flowers either in or on top of them, her unique beads come in an array of sizes with all sorts of metals — copper, silver, gold — mixed in with the glass. Her technique consists of melting glass rods, shaped like long pencils, with a torch run off oxygen and propane. Tools made out of graphite allow her to move the melted glass around without it sticking.

“I build up the basic size of the bead that I want and then I will shape it and decorate it with other colours,” she said. “I started doing a line of one-of-a-kind pendants, and that is very popular,” she said. Her pendants, as well as earrings, bracelets, and silverwork will be part of her upcoming Tour of the Arts display.

This year is Mercer’s first with the Columbia Valley’s Tour of the Arts, which takes place on Sunday, August 5 in different locations throughout Invermere. But some valley locals may recognize her work from the “Infamous” Annual Big Christmas Craft Fair. Her work has also appeared at Be Gifted on 7th Avenue in Invermere, and she sells her work to Bedazzled in Creston and the farmers’ market in Cranbrook. Mercer first heard about Tour of the Arts when she joined Art at the Fort in Fort Steele last year. Artists there had been involved with the tour for a number of years, so after looking into it, she applied to have her work juried and made it in.

“Everyone knows me as Glass by Tara,” she said. “Everything is one of a kind and that’s what I go for the most.”

The other artists who will also be featured at site number four —  the home of Barb and Red Scott near Lake Lillian — are Caio Paagman, Kyla Brown, Bill Croft, Jessica Gowling, Sara James, Lori Lees-Stout and Cat McDiarmid. 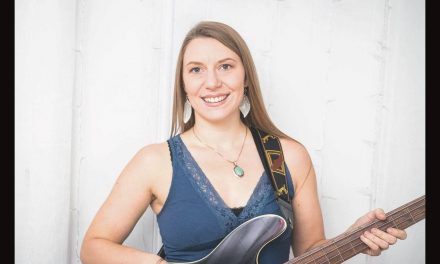 Daughter finds her own voice 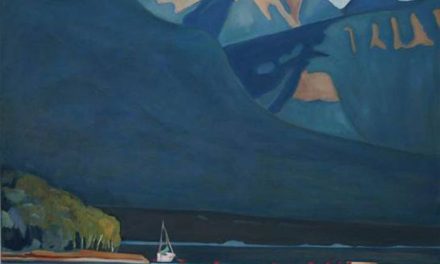 Panorama home hosts ‘In Our Own Backyard’ 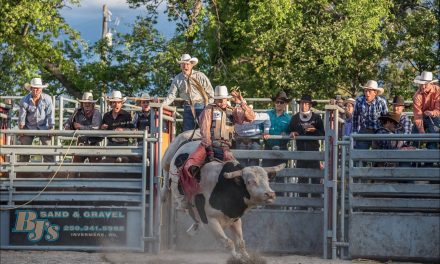 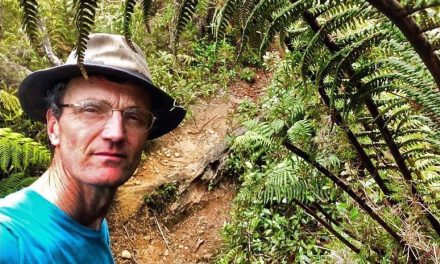