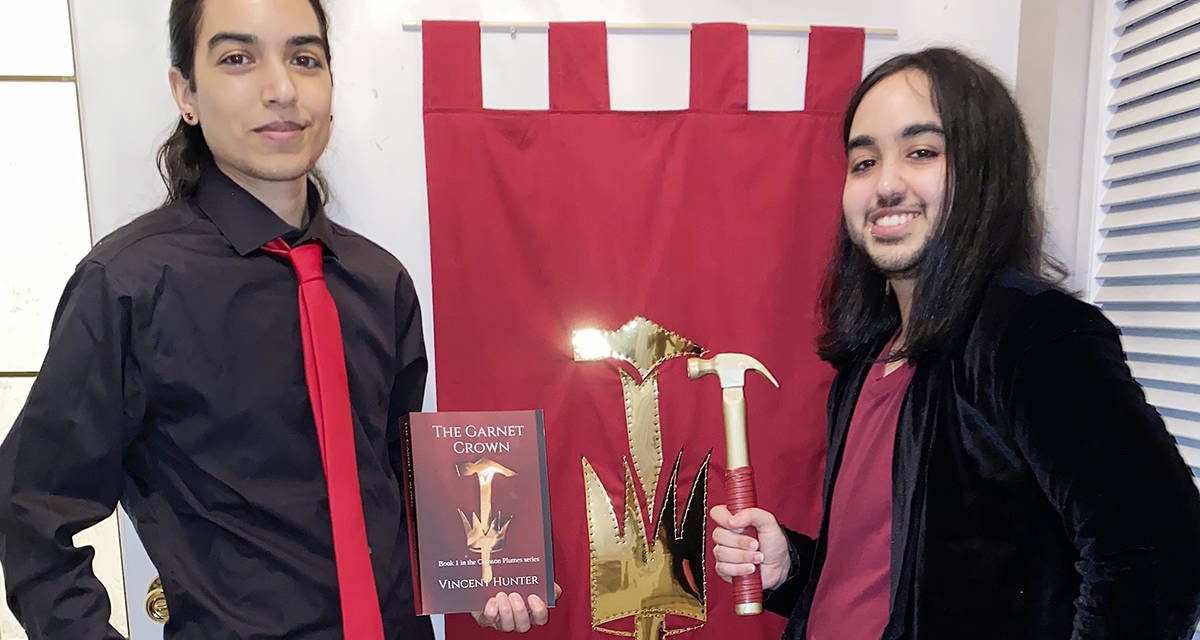 Transgender brothers raised in Surrey have co-authored a debut fantasy novel that aims to challenge racism and transphobia.

Vincent Hunter is the pen name for Kise Vincent Hastings, 29, and Hunter Levi Hastings, 25, who self-published The Garnet Crown in August.

“We’ve co-authored the book as a duo, which is not too common for brothers,” Vincent said.

Vincent said J. K. Rowling’s recent “anti-transgender tweets” challenge diversity in the fantasy genre, and that the Surrey-based duo is determined to showcase transgender, LGBTQIIA+ and queer characters in their novel series.

“Transgender people are being misrepresented in popular fiction and media, and we aim to change that,” the duo say in a news release. “As mixed-race transgender individuals, we grew up terribly underrepresented in all of the fandoms that we have loved. When we were represented, it did no justice. The characters that were portrayed as ‘diverse’ or ‘transgender’ were written stereotypically, were usually antagonists, and did not occupy main roles in the story.”

Mixed-race individuals were rarely mentioned at all, the duo add.

“Whenever we tried to challenge the representations of transgender and mixed-race characters in popular fiction, we were often discouraged by educators and told by other fans that our kind of person didn’t belong in these series because they were not a part of the lore.”

The Garnet Crown, a 666-page book billed as “Book 1 in the Crimson Plumes series,” is sold exclusively on Amazon.com, in both soft-cover and e-book formats.

“As Canadians, we wanted to write a story that represented the diversity and inclusion that our country is known for,” the duo stated. “We are proud to be Canadian and we were determined to write an epic fantasy series that highlighted how important and wonderful our country’s values are. We hope that our novel will inspire the world to be more like Canada and to celebrate multiculturalism, diversity, and inclusion.”

Vincent Hunter has also written an album of “shanties and tavern songs” to promote their love for the fantasy genre and the universe they’ve created. Some of the tunes, featured on the album “Shanties & Songs of Aldrayon,” are posted to their YouTube channel (VincentHunter_Official).

They hope their novel series will inspire others who have felt marginalized and misrepresented to write and share their stories, and participate in the fandoms they love.

“Our stories deserve to be told and we deserve to take up space. We’re a part of this world too, and it’s time people realized that,” the brothers stated. 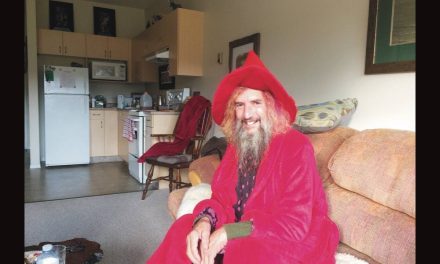 Radium’s wizard settles into new lair with cancer in remission 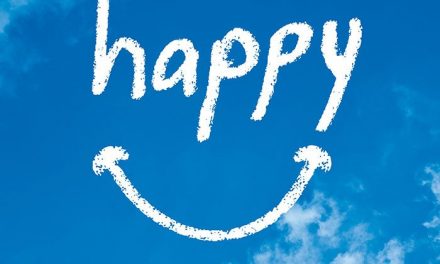