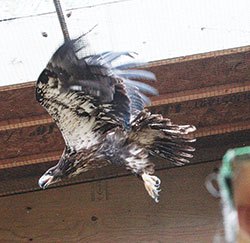 Telus, one of the raptors to be released.

As part of the 20th annual Wings over the Rockies festival this week, spectators will have the chance to view two raptors being rehabilitated into the wild on Sunday, May 15th.

The release is all part of Project Take Flight Raptor Rehabilitation Flight Cage, which allows formerly injured raptors to learn to fly once their injuries have healed. Commonly known as birds of prey, raptors include a number of species such as hawks, eagles, osprey and harriers, to name a few.

Mark Zehnder and Judy Burns, both veterinarians at the local Invermere Veterinary Hospital, started the project in 2011-2012 after spending years rehabilitating birds by hand. The goal is to rehabilitate the birds so they are able to enter the wild without conditioning themselves to humans, relying only on themselves.

I prefer to do it by hand because its way more interesting handling the birds, but for the birds its better to be in the flight cage, Dr. Zehnder said. The birds are under less stress and not being habituated to humans so its definitely better.

The flight cage is a large enclosed area thats 20 feet high, 20 feet wide and 100 feet long with doors that are able to divide the space into different sections depending on the birds flying abilities. Typically, the cage is not open to the public in order to minimize stress put on the birds, making Sunday one of the only opportunities for the public to see the facility, hear a short presentation about the project, and ultimately see the birds be released.

There will be two juvenile bald eagles released who were injured last year. Brisco Kid was the first to be brought under the Invermere Veterinary Hospitals care after a conservation officer found him on July 17th, 2015 suffering from foot injuries. Despite not responding to immediate treatment at the hospital, Brisco Kid was able to rehab at the Orphaned Wildlife Rehabilitation Society in Delta from where he will be flown in prior to Sundays release.

Telus, the second raptor, was struck by a vehicle in November 2015, breaking his femur and pelvis before being taken to the hospital. There, veterinarians pinned his femur and rehabilitated the bird before sending him to the flight cage where hes been since January.

The event will start at 2 p.m. at the Flight Cage Centre located at 3995 Houlgrave Road with an admission price of $10 for those over the age of five. Kids under five are free. Those planning to attend are asked to register online at www.wingsovertherockies.org prior to attending the event. Dr. Zehnder will also be accepting donations of dead rodents, game and fish to give to the eagles. 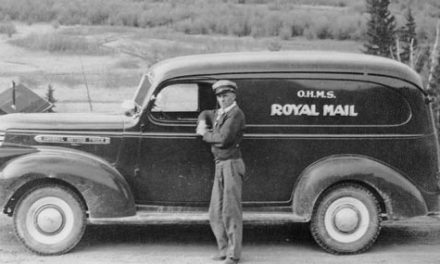 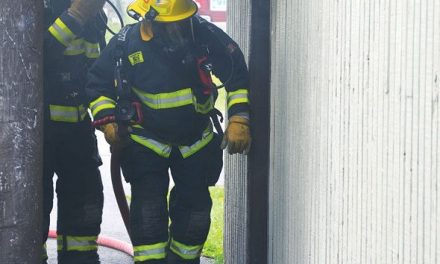