U15 Titan awarded bursary at BC Summer Games Findlay Whittick holds the bursary he was awarded as he stands proudly with his teammates at the 2022 BC Games that were held in Prince George, B.C.last month. Submitted Photo

Last month, many valley athletes, including seven U15 Titans soccer player, competed in the 2022 BC Summer Games in Prince George. While all returned home with memories that will last a lifetime, Findlay Whittick came back with that and a little bit more. On July 22 at the Games, Findlay was awarded a $500 bursary to go towards his sport and educational goals. The bursary is awarded each year at the BC Summer Games to two athletes selected from each of the eight zones in the province. Findlay’s bursary was among those designed for the Kootenay zone.

“Being awarded this bursary was pretty exciting. I did not think that I would be selected out of all the kids from our zone,” Findlay said. “After all, our zone had more than 200 athletes. When I was presented with the bursary, I was surprised and excited. I’ll be able to put these funds towards honing my soccer skills more and more.”

All athletes attending the BC Summer Games are welcome to apply for the annual bursary, with its intention being to recognize athletes with achievements in both sport and education, and most importantly, those who show leadership in their communities by going over and beyond and through volunteering.

“Findlay’s application highlighted his athletic accomplishments, including winning numerous firsts at numerous district track and field competitions, medalling at numerous Nordic ski events and taking on the leadership role of team captain for his soccer team while playing up a division at soccer provincials,” mom Tara Whittick noted.

Findlay is not only a leader on the pitch, but also in the classroom and in the community. In addition to being on the honour roll at David Thompson Secondary School, Findlay has plenty of volunteering under his belt, which includes assisting with activities and events at Toby Creek Nordic Ski Club, volunteering with the Lake Windermere Ambassadors for their annual lakeshore cleanups and pitching in at the Heart of the Rockies triathlon aid stations. After a year of a hard work, it was a week in July in Prince George that Findlay and his teammates will never forget. While the bursary will soon be gone, the memories will last a lifetime.

“Being at the BC Summer Games was so much fun,” Findlay said. “I loved being with my teammates all day long. We slept in a school classroom together, we ate together, we watched soccer games at the field together, we played our games and then we had more fun with special events that they had organized for the athletes each night. I met a lot of nice people and just loved the experience.”

Findlay said his most memorable moment at the Games was his game-winning goal against the North West Zone.

“We were tied 4-4 with less than two minutes to go in the game,” Findlay explained as he offered up a play by play of the goal: “Their goalie kicked the ball down the field. My teammate Hudson trapped the ball and passed to Lukas. Lukas passed it to Orien and then Orien crossed the ball to me in front of their net and I headed it in. It was such an exciting goal. I was so glad that it went in.”

The excitement was also felt off the pitch.

“I felt lucky to be a spectator and fan at the BC Summer Games. The community of Prince George and a team of over 2000 volunteers pulled off an excellent event that shone a spotlight on the youth of our province,” Tara Whittick said. “All of the athletes, coaches, team managers, parents, friends and family showed up to celebrate excellence in sport and to cheer each other on. Watching the youth from Invermere — Caden McMurray, Leo Webster, Lukas Grieve, Cameron Hofer, Jack Pine Dainard and Findlay Whittick — shine on the soccer field and making new friendships with kids from near and far made me so happy. The BC Summer Games provided our local kids with a highly competitive opportunity and with an exceptional experience where teamwork, sportsmanship, goal setting and friendship were front and centre. Lots of memories were made.” 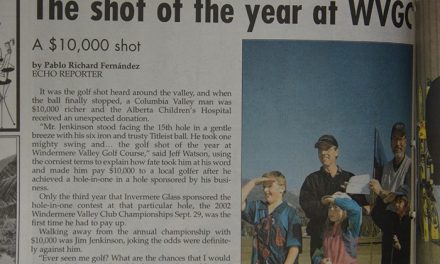 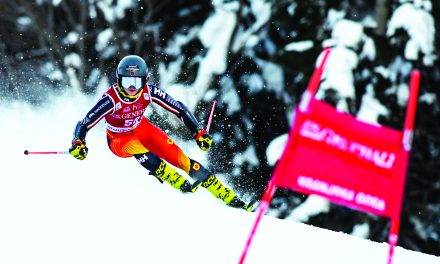