During the evening hours of August 1st, an unconscious male was located on Kpokl Road in Invermere next to his mountain bike. The male was taken to Invermere Hospital then flown to Foothills hospital with serious head injuries.

The evidence at the scene leads the investigators to believe that the male was riding down a steep hill. At the bottom of the hill on a curve, the road divides into a Y intersection. The male did not negotiate a turn and ended up in a ditch filled with large rocks.

A search of the scene and of the person found no identification. No missing person reports or overdue persons were received.

With the assistance of the media and social media, tips were received that resulted in a positive identification.

The injured male has been identified as Jacob Daniel MacNeil, 25, of Invermere.

The Columbia Valley RCMP Detachment would like to thank the media for their assistance as well as the public that took note of this story via social media and provided information. 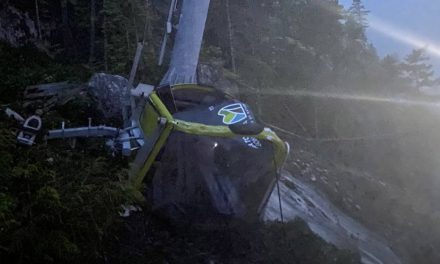