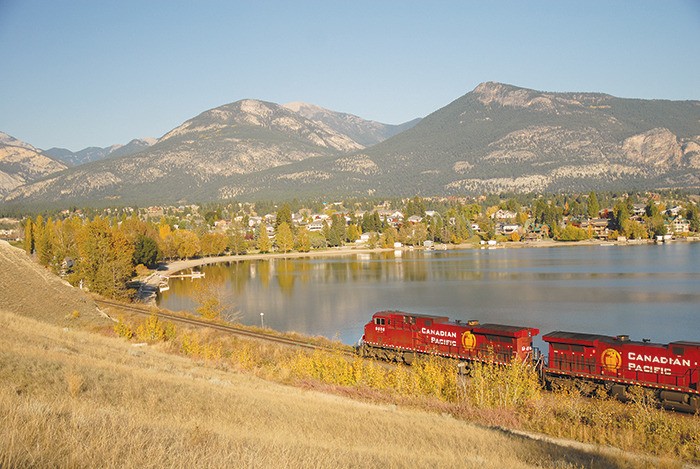 Upper Columbia Valley residents fond of watching the Canadian Pacific trains chugging through the Upper Columbia Valley may have felt they’ve been gazing a little longer in recent years, and for good reason — the company’s unit coal trains have grown in size by about 20 per cent since 2011.

Unit coal trains represent the majority of train traffic through the valley — although there are also freight trains carrying a wide range of products — and most of these coal trains are now 152 cars long, instead of the 129 cars they were previously. With each car being a bit more than 53 feet (16 metres) long, this means the trains are now about 8,000 feet (2,430 metres) — almost two and half kilometres.

Canadian Pacific announced in late 2011 that it intended to continue developing what it calls its long train strategy and at time the company had already increased the length of some of its trains by 40 per cent from 2008. The increased productivity and service, reduced labour costs and increased fuel efficiency Canadian Pacific touted as benefits of longer trains led the company to label them as the cornerstone of its operating strategy. The company said in a separate announcement on its website that it would spend $200 million on its long train strategy.

Around the same time, Transport Canada began a multi-year study with the intent of developing policy and regulations for building and running long trains, in part because no regulation existed on how long trains should be marshalled — in other words, how many locomotives are in a given train and in the order in which locomotives and cars are placed throughout that train.

According to a 2011 media report, those looking to link the length of the trains with derailment accidents (such as the one that occurred here in Invermere in late November 2013) are focusing on the wrong factor and should instead look at how the derailed trains were marshalled.

After a Canadian National long train with three locomotive at the front derailed near Brighton, Ontario in 2009, then-Transport Safety Board acting director of rail investigations Rob Johnson blamed the lack of locomotive distribution for the accident.

‘The way in which this train was marshalled created high in-train forces much like an accordion. Pulling forces separate cars and pushing forces compress them together,” said Mr. Johnston at the time in a prepared statement. “This caused a “knuckle” connecting two cars to break and the train pulled apart. The heavier tail end then collided with the lighter cars ahead causing the derailment.”

Canadian Pacific has developed its own Train Area Marshalling (or TrAM) software, which the company uses as a sort of model when it builds and develops its trains. The software simulates the in-train forces the CP trains will encounter on the curviest and steepest sections of actual CP rail and is meant to help the company decided how many locomotives it needs and where they should be placed.

“The safe operation of trains through the communities in which we operate is a priority for Canadian Pacific,” said Mr. Hrysak. The cause of the recent derailment inInvermere is still under investigation. 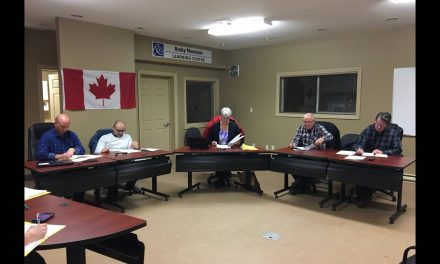 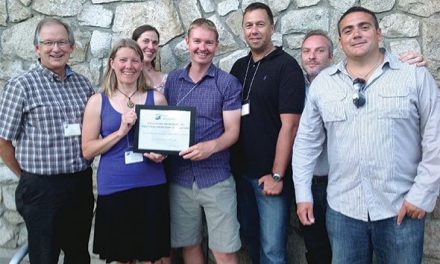