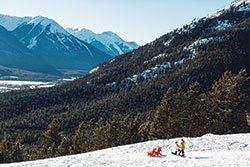 VIRAL PROPOSAL The image of valley resident Stu Bilodeau proposing to Karla Bliss a few weeks ago (above) was captured, unbeknownst to the couple, by a pair of professional Calgary photographers. When the photographer posted the photo to their Facebook account trying to find out who the couple were, it generated waves of attention across Canada. Photo by Mike + Diane Photography

Stu Bilodeau, 30, had planned to meet his girlfriend, Karla Bliss, 28, on December 30th under the premise of a lunch date that reunited the couple following an absence over the holidays, all while secretly planning to pop the big question.

I had the ring for a few months and Karla had gone away to visit family for the last Christmas at their family home before it sells so I wasnt there, he said. When she came back, her sister was going to drive her to Banff and I was going to meet them halfway so that was going to be the time. Then, it turned out to be a beautiful bluebird day and I had a few spots pictured out.

But Karla struggled to find Stu.

I convinced her that we were going to meet for lunch so I could try to keep it a secret, explained Stu. I sent her a GPS coordinate but it didnt work she couldnt find the location.

Stu added that the temperatures were a frigid -27 C degrees in the morning, but had warmed up to about -20 C degrees in time for their meeting.

She finally found me, he said, but right before she did a bride and a groom were coming right towards my location.

Right when they got to me, I had to ask them nicely if they would move off to the side because they were coming down to take photos of their wedding Then their entire wedding party showed up on a bus and I was starting to think it wasnt going to work out.

But the couple willingly obliged Stus request and the groom related to Stus nervous behaviour on their special day.

The groom came down I was like no problem, man, I was right where you were a while ago, so I guess the word had spread around the bridal party and they stayed up in the trees above me, said Stu. All of these people were looking at me while I was standing there waiting.

Eventually, Stu succumbed to his fiances navigational impairment and used the bridal partys bus as a landmark for Karla to find him.

I thought the gig was up, he added. She was asking where the restaurant was and said I didnt know what I was talking about then she started walking down to me and was slipping on the ice, wondering why I was not coming to her to give her hug but right when she got to me, I bent down on one knee and said my little spiel. I dont even remember what I said to her, all I know is that she said yes.

Karla was then surprised to hear an entire wedding party cheer (still hiding up in the trees) when she agreed to marry Stu.

There might have been 40 people standing behind us cheering, hooting and hollering; and Karla was dumbfounded, said Stu. We gave a little yeehaw type of thing back to them, but it was a whirlwind.

Stu was later astonished to learn that Calgary-based photographers Mike Tan and Diane Scaman voluntarily captured his proposal to Karla at the Norquay Green Spot Viewpoint, while shooting a commissioned wedding near Banff during a chance encounter. However, it took some time for the photographers to locate the mystery couple on social media (Facebook) to present the newly engaged couple with the photos of the surprise moment.

We had no idea that these photographers captured this great image so this picture went online last weekend and I woke up on Monday with the Internet going crazy, Stu said. Kimberley Rae saw the picture online (after hearing the engagement story) and sent it to Karla the next thing we knew the story went national.

Karla replied to the thread on the Calgary Bride Facebook page and confirmed the photograph was of her and Stu. The couple plans to get married north of Vancouver, on Savary Island, in September 2017.

I think people like a good story and its nice to have some happy news, said Karla, while adding there were 20,000 people to view a clip about their engagement on Global news. Its definitely going to be a proposal to remember.

It better be, Stu replied to Karla with a chuckle. 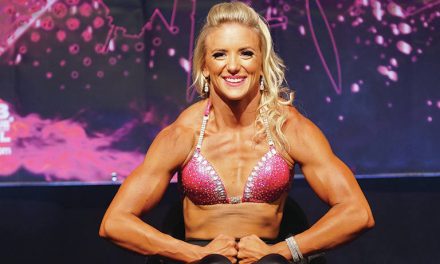