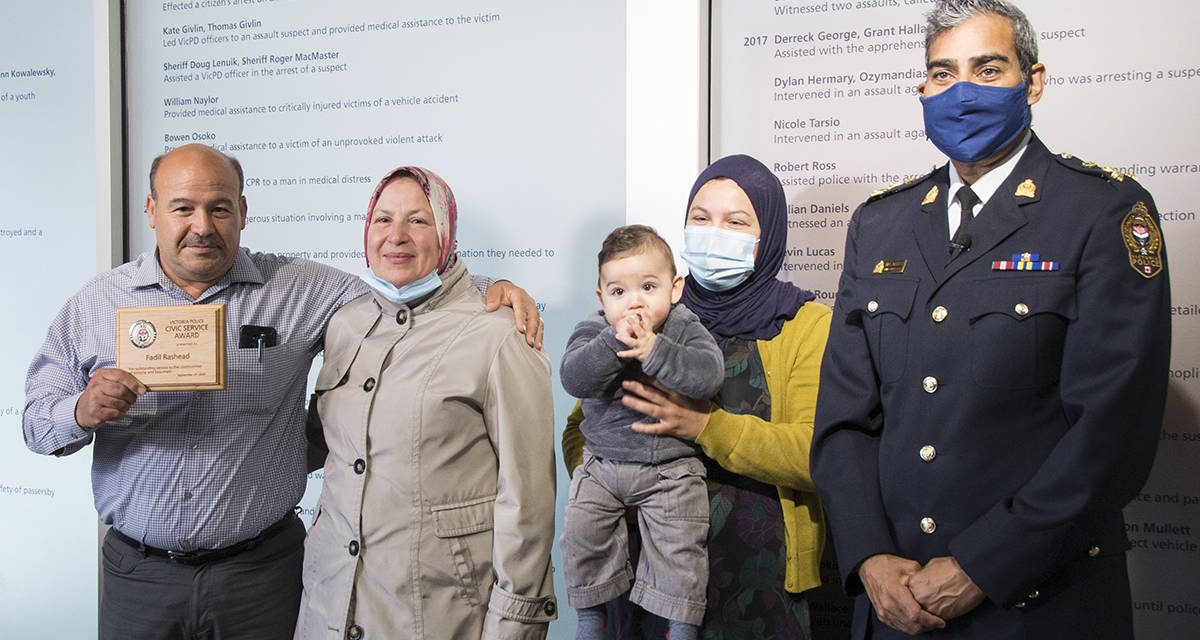 A Victoria taxi driver credited with capturing a dangerous sex offender was awarded a Civic Service Award from the Victoria Police Department on Friday.

Fadil Rashead was driving his Blue Bird taxi Sept. 27 when he unknowingly picked up high-risk, wanted sex offender Scott Jones, 56, who had been described by VicPD in a series of alerts to the public.

Jones asked Rashead to take him to the Superstore at the Westshore Town Centre and buy him some clothes. Rashead eventually agreed, but when he left the taxi with Jones inside, called police. An RCMP officer arrived and recognized Jones from one of the VicPD alerts.

When Jones saw the police officer he started attempting to light the inside of the car on fire, but West Shore RCMP Const. Meighan Massey smashed the window of the cab and placed him under arrest.

At an Oct. 2 ceremony, Rashead, who emigrated from Syria in 1989, was surrounded by family as he accepted the award from VicPD Chief Del Manak.

“I felt it was my duty as a Canadian citizen,” he said. “I am very proud to do what I did.

Manak said he was particularly touched by Rashead’s modesty. The taxi driver’s phone saved the police force an immeasurable amount in time and resources and helped get a dangerous sex offender off the streets.

“He did the right thing, and we were really, really on the hunt for this violent sex offender who did pose a significant risk to our communities,” Manak said.

“It’s incredible for me to meet him and recognize the importance of what he did on Sunday. The fact that he had the presence of mind to recognize who he had in his taxi, went in the store and at personal risk ends up making that call to 911.”

Before his arrest on Sunday, Jones was wanted on a Canada-wide warrant for being unlawfully at large.

He was convicted in 1982 for rape, gross indecency and attempted rape of three girls aged 11, 12 and 13. In 1986, while on parole, he was charged with three counts of sexual assault with a weapon and three counts of unlawfully confining. He pleaded guilty to the sexual assaults and assault with a weapon and was determined by a judge to be a dangerous offender, a designation used for the most violent offenders and sexual predators in the country.

The circumstances of Jones’s release are unknown to VicPD, Manak said, but he hopes the utmost care is used by Corrections Service Canada in determining parole eligibility.

Jones is now in the custody and faces charges for mischief, damage and being unlawfully at large. 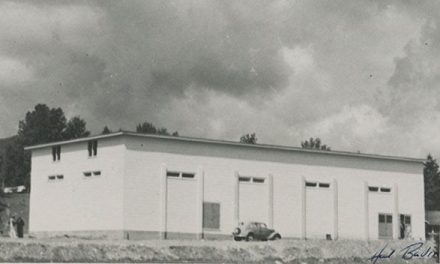 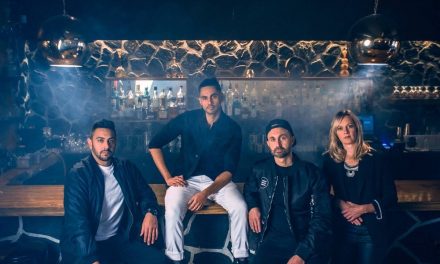 Being loved in return