Why you must vote

Editors note: Wilmer resident Jessica Ray Bell, after listening to guest speaker Mr. Harry Leslie Smith during aBroadbent Institute event in Calgary on July 13th, was so inspired by Mr. Smiths support of democracy which crossed all party lines, that she felt inspired to share his wisdom with Pioneer readers.

Mr. Harry Leslie Smith is 92 years old. He recently toured the United Kingdom (England) in light of the last election, encouraging the young to vote. Mr. Smith is a witness to the last century, with respect to the Depression in the 1930s and subsequent Second World War which he survived.

As an adult, he saw the hardship of economic collapse and the adrenaline and fear generated by a far-off threat that he, as an RAF pilot, actually faced, with the real hope that his children would never fight for such a thing as democracy, common decency among people, and the ability to pursue happiness, employment, sport and travel with ease.

A key part of Mr. Smiths contribution in his speech is his keen sense of why the Depression even happened in the first place an absolute decline, and in some cases, complete absence of things most of us consider open to all: health care, protection from elements and crime, EI, and old age security.

Most people suffered during these years. He has many memories of watching families looking for food in garbage cans. His sister contracted tuberculosis. With no money for medicine or treatment, she went to a common sanatorium where she soon died and was placed in a common mass burial site.

He never saw her after she left for the sanatorium. Mr. Smith never mentions how painful it must have been to move to Canada with no money as a young couple, one British and the other German, far from any remaining family after the Second World War and completely on their own, for what life was to be found in Canada.

Mr. Smith remembers a real feeling of freedom and true relief they had a fresh start in Toronto while so many had none at all.

Back in Europe, towns and cities were in ruins, and I imagine the state of most peoples minds and their lives must have been in tatters, taking on so much to repair and rebuild.

Mr. Smith knows that when social structure deforms, divides and decays, it will lead to a huge vulnerability for all in need of work, health care, medicine and doctors, and those senior in age, needing care, a right to live and die in a decent, well-ordered society.

In fact, when we look in fear at countries deep in political strife, the common peoplesuffer with little protection from the elements, crime and disease. We are all part of this world.

We can be neighbours, but to say, No, Canada would never be such a place, well, it was such a place 85 years ago. Thats one lifetime.

Mr. Smith wants you to vote. He wants you to choose a political party that maintains and enriches our lives with key elements we all need to survive in a decent peaceful country and, by doing so, makes Canada a place the world can turn to for inspiration, help, protection, need and counsel.

Ever heard of the phrase: Help yourself then go help others?

Because I have introduced you to a 92-year-old who witnessed the world your grandparents knew.

Vote because you, too, can ask and seek counsel from those around you.

Go for it. Canada is worth it. Vote.

Jessica Ray Bell has been a Wilmer resident on and off for 15 years. In April, she returned to the valley after three years in Victoria where she pursued schooling and her career. She is now working in downtown Invermere. 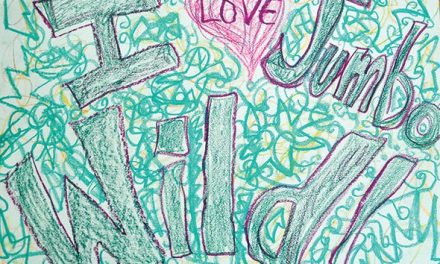