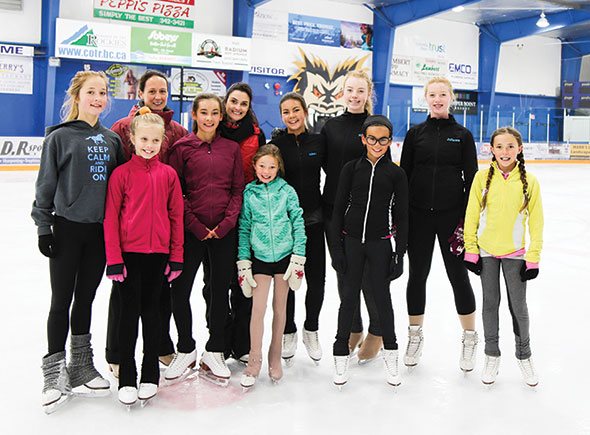 ICE-CAPADES The Columbia Valley Figure Skating Club is excited to present its first Christmas show in eight years. Skating in a Winder Wonderland will be performed at the Eddie Mountain Memorial Arena on December 13th, with the Columbia Valley Rockies Junior B hockey team making a special appearance. Photo by Angela Miller

A taste of this years holiday spirit is gliding into town on skates this winter.

The Columbia Valley Figure Skating Club will be performing their Skating in a Winter Wonderland performance to celebrate Christmas in the community at the Eddie Mountain Memorial Arena between 5:30 and 7:30 p.m. on Sunday, December 13th.

The performance will showcase new skills that skaters between the ages of two and 16 years old have picked up throughout the year.

Pre-novice dance competitors Cael Elford (a former valley resident) and his partner Pearl Kang will be making a special guest appearance at this years show with the goal of inspiring their young counterparts.

Cael is formerly of Invermere, but now lives in Calgary and works with this new partner, said Ms. Beddie. He is travelling all over Canada skating with her in the pre-novice category. They are coming to do a special number.

For the first time in years, the Rockies are joining us for a number, explained Ms. Beddie. Lets call it a dance the Rockies are providing partners for the girls to do ice dances with. Apparently, the (team) did this 20 years ago. Now, theyre keen to participate so it will be kind of a neat number because it hasnt been done in years and there arent a lot of boys in figure skating so we have to pull from wherever.

The club is encouraging spectators and families to dress up in costumes to set the mood.

The event will be open to the public with an admission fee ($20 for a family, $7 for an adult, $5 for students and seniors), but its free for children five years old and under. The fees will help raise money for the Columbia Valley Figure Skating Club.

Were encouraging people to buy raffle tickets and 50-50 because its our fundraiser to keep skating affordable for families, Ms. Beddie concluded.

Jamie Morgan will be donating 10 per cent of sales from the concession the night of Skating in a Winter Wonderland to Alan Hanns fundraiser for a double lung transplant. 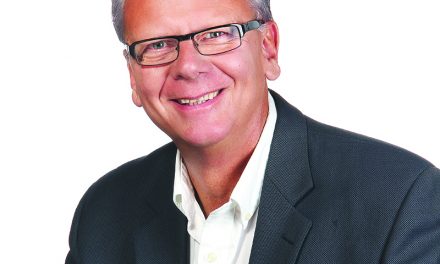 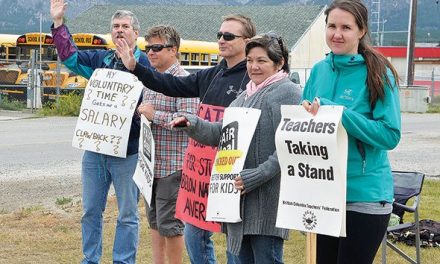 Neither teachers nor province backing down